Weinstein vs Bachmann: Round 1, Butter up

At the Toronto premiere of TWC comedy Butter, Harvey Weinstein invited potential Republican presidential candidate Michele Bachmann to join him for “some verbal ping-pong on gay rights and women’s rights.” 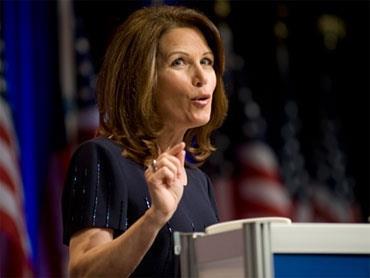 At the premiere of The Weinstein Company’s Butter in Toronto on Tuesday night actress Olivia Wilde read aloud a provocative message from producer Harvey Weinstein in which the producer invited Minnesota congresswoman and potential Republican presidential candidate Michele Bachmann, a key figure in the Tea Party movement, to join him for not only a screening of his film Butter, but also some lessons on the Constitution, math, ping pong and most pointedly, “some verbal ping-pong on gay rights and women’s rights (especially the right to choose)”.

“In 20 years of coming to the Toronto Film Festival, I’ve never released a statement for a film. But I would like to take this moment to formally invite Republican Congresswoman from Minnesota and Republican presidential candidate, Michele Bachmann, to co-host with me the big premiere of BUTTER in Iowa in a few months from now. I know Michele will already be in Iowa for the caucus, so we can save some money on airfare and travel. I would of course be more than happy to fly in the other leading members of the Tea Party movement to make an entire day of it. We could take some math classes in the morning to help balance the budget, brush up on the Constitution in the afternoon, play some ping-pong and then maybe some verbal ping-pong on gay rights and women’s rights (especially the right to choose). But at night we can all go hand-in-hand to the premiere of BUTTER, a fun and important film where we’ll share some popcorn and laughs. These are the kind of bipartisan effort that makes America great.

I look forward to hearing from Michele and I’m particularly looking forward to those classes on the Constitution.

All my best,
Harvey”

Comedy Butter, a social-satire of sorts, is a Midwestern-set story of an adopted girl who discovers her talent for butter carving and finds herself pitted against an ambitious local woman in their town’s annual contest. Jennifer Garner plays Laura Pickler, the driven and ferocious Tea Party-style candidate in the film, which may or may not attempt to parody the Republican nomination campaign.