Werner Herzog discusses Into the Abyss: A Tale of Death, A Tale of Life, working with US stars and future projects. 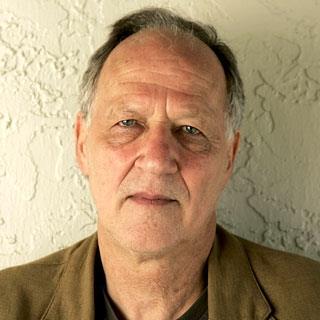 Screen talked to Werner Herzog ahead of the UK theatrical release of his death row documentary Into the Abyss: A Tale of Death, A Tale of Life. The film approaches capital punishment through the case study of Michael Perry and Jason Burkett, two US convicts sentenced to death for a triple homicide. During the film Herzog conducts a number of intimate interviews with the convicts and those affected by their actions.

Revolver releases Into the Abyss: A Tale of Death, A Tale of Life on March 30 in the UK. The UK’s Channel 4 is currently airing Death Row, a four-part series directed by Herzog exploring other case studies.

For millenia artists have been fascinated by the motivation for crimes and their proper punishment. What was it about this subject that interested you?

It’s such an essential human situation. These scenarios allow you to look very deeply into the human soul. That’s probably the fascination.

This was actaully the first subject I ever came to. I recently came across some correspondence I had when I was 16 with a maximum security prison in Bavaria. I had wanted to film there. Thank god it never materialised. It fell dormant then without incident the idea was there again.

Did you consider focusing on cases in which the subject’s guilt wasn’t so clear cut?

That didn’t interest me. I mostly looked at crimes which frightened and fascinated me - crimes that are staggeringly senseless. I was not so interested in the question of innocence or guilt.

There is a freedom of information in the US that is better than any other country I know. You have access to case files, crime scene videos and whatever you want because that information belongs to the people. The state of Texas is very media friendly because they are so convinced of their righteousness on this issue, so convinced in fact that they would allow me to come and make a film like this…But you do need consent from the inmate to speak to them.

In the film and TV episodes you say you ‘respectfully disagree’ with the process of capital punishment. Why respectfully, rather than passionately, vehemently etc.

I as a German, considering the Nazi past of Germany, would be the last person on earth to tell the American people how to deal with criminal justice. You just don’t do it as a German. That’s why I say I ‘respectfully disagree.’

But you could disagree more urgently as a human being?

That’s something else. I allow the inmates to be human. I do not make them into monsters. I often heard that these inmates should be hung, but of course I simply disagree with that and I tell the inmates that that isn’t my attitude.

You have talked about trying to get close to “an ecstatic truth” in your films. To what extent does this film achieve that and how does it do so?

There are moments when people in the film give you such deep insight that it is almost illuminating. For example when the tragic figure of Burkett’s father is almost inarticulate you look into a deep abyss. Or the young man who was until recently illiterate or the captain of the tie down team… I used the phrase in the context of moving away from the facts and being fact oriented, because facts don’t always necessarily constitute truth.

There are moments of intensity that are unprecedented in many of my films. I think this film was the most intense I have ever made. And I have made some intense films.

It seems that man and society are also key subjects of this film. Is that accurate?

That is legitimate. I am a storyteller, telling the story of an incomprehensible crime. There is something about the nature of Jason and Michael’s crime that makes the world come apart and we see that everyday life has its abysses… A woman is baking cookies at home and all of a sudden she is dead five minutes later.

Feature films. And I’ve done some acting, of course. I’ve done an installation at the Whitney Museum and I have my Rogue Film School. I’m doing all sorts of things.

What about the Gertrude Bell film and The Piano Tuner?

The Piano Tuner is just internet news, you can forget that. The Gertrude Bell [project] I am trying to get together, yes. But it’s not easy to finance and the Arabian desert region is complicated these days, of course. I might do something about volcanoes next. I have become friends with a great volcanologist from Cambridge University called Clive Oppenheimer. He wrote a wonderful book called Eruptions That Shook the World about cateclysmic events of the past, some that almost wiped out the human race.

Will that be a documentary?

A stylised form of documentary. But let’s see. There are three of four features lined up.

Do you enjoy working on films with a major US star like Nicolas Cage in Bad Lieutenant?

I love to work with good actors like Nicolas Cage or Christian Bale in Rescue Dawn. These actors are often at their best in my films. Nicolas Cage was never better than in Bad Lieutenant.

And will you be in Cannes?

I’m not sure… You don’t make films for festivals, anyway. That would be the worst of all. Many festivals are not trustworthy. For example, Cannes refused to accept The Wrath of Aguirre. There is a mutual distrust between festivals and filmmakers and vice versa. And it should be like that. Festivals have become self-serving entities nowadays and many films only have a life there and that is catastrophic. I keep my cautious distance.