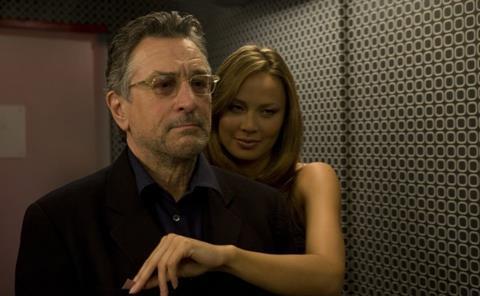 Barry Levinson’s new comedy, What Just Happened’ is a desultory Hollywood satire that fatally lacks the guts or verve to say anything vitally new or different. The somewhat stunning thing given the range of talent and principals involved is how much of the work feels not just second hand and lacking any forensic detail or social insights that might give the punch lines some kick.

Levinson has already made this film, conflating parts of his earlier works Jimmy Hollywood and Wag the Dog. He repeats those films’ desperation and cynicism without interjecting any new observations or insights.

The movie lacks the sulfurous nastiness of Robert Altman’s The Player, Christopher Guest’s The Big Picture or Blake Edwards’ SOB, movies that were dark valentines to the business that also managed to be furious, angry and very funny. Any episode of HBO’s Entourage is more acute and revealing.

Financed by 2929 Entertainment, the movie debuted in Sundance’s Premiere section. The high quality cast and above the line talent almost certainly guarantees a top-notch company will put the work in play, like Sony did with previous 2929 Entertainment project We Own the Night.

It seems also likely to continue Levinson’s recent streak of poor commercial performers (Man of the Year, Envy, Bandits). Likewise, given the difficulty of comedies translating in foreign markets, home ancillaries are bound to be the preferable destination.

Producer Art Linson (The Untouchables) adapts his own same-title book about his experiences as a savvy and shrewd industry player. The movie focuses on the frenzied personal, social and business nexus of Ben (De Niro), a producer caught in a rush of activity, simultaneously trying to complete a contentious post production on a Sean Penn action movie and begin new production on a Bruce Willis project.

The movie opens at a test screening preview of the Penn film, the crowd clearly incensed by the movie’s harsh ending involving the killing of a dog.

Ben must pacify both his director, a British hot head named Jeremy (Wincott, the only truly impressive performance) and run interference with the studio chief (Keener) who’s demanding major changes in advance of its Cannes premiere.

The Willis film is also a nightmare with the imperious star appearing just before the start of principal photography overweight and sporting an egregious ugly beard he is refusing to shave. Ben’s appeal to the star’s agent, Dick Bell (Turturro), is likewise a lesson in futility.

The personal life of the twice-divorced man is uneasily interpolated against his business dealings and points out how increasingly unaware he is of the inner life of either his teenaged daughter Zoe (Stewart) or his second wife Kelly (Wright Penn). The movie’s not entirely without laughs.

Outside of Wincott, the only two performers who appear to be having any fun are Penn and Willis, gently playing off their own reputations. Ben’s observations are never sardonic, cutting or particularly revelatory. The movie’s best parts show the social hierarchy, the way a younger associate is dispatched from a room or Ben being ritualistic humiliated by a Vanity Fair shoot or a Hollywood lunch.

Levinson never finds the right tone, and he never satisfactorily balances the real and the imagined. Penn and Willis are the only believable performers; the characters played by Keener, Turturro or Stanley Gucci’s screenwriter appear wrong in their behavior, the clothes they wear or their actions and ambitions.

Like Brian DePalma’s Femme Fatale, the movie recreates the pomp and circumstances of the Cannes Film festival and gets pretty much every single part of the festival wrong. In the end the movie appears to argue that Hollywood is a necessary evil.

The movie’s title is likely to be all too apt. The film-makers should heed David Mamet’s warning in Sidney Lumet’s The Verdict and never ask a question for which they don’t know the answer.

Art Linson, based on his book