Who should play James Bond?

Who should be the new James Bond and who should direct their first outing? 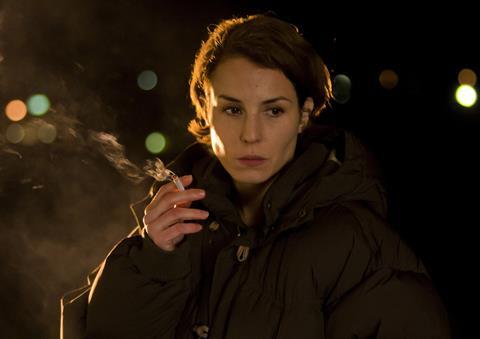 This month Screen asked film executives to answer one of the industry’s burning questions: Who should be the new James Bond and who should direct their first outing?

Leave us your thoughts in the comments section below.

“There are two great directors for the next Bond for me — both NFTS graduates. One is David Yates; the other is Yann Demange. And the next James Bond… Idris Elba.”
Nik Powell, director, National Film and Television School

“My partner Matteo Rovere and I agree on one name for the next James Bond: Tom Hardy. He is 100% pure Anglo-Saxon testosterone. Tom Hiddleston could be a good second choice; he’s more polished. As for the director, my choice would be Kathryn Bigelow, a woman with balls who has already demonstrated she knows how to handle genre stories. She can truly be the first woman to direct a Bond movie. Other possible candidates are Danny Boyle and Denis Villeneuve.”
Andrea Paris, producer, Ascent Film

“Alicia Vikander. She’s cool, smart and sexy and could really take 007 to the next level. And let Geena Davis direct. Her knowledge about stereotypes on the screen prevents us from sexy male characters that can only talk to each other about women.”
Anna Serner, CEO, Swedish Film Institute

“Idris Elba really has the persona. He’s a wonderful actor and a black Bond would be great. I love that Sam Mendes sort of recreated the brand. I’m sure the studios can find other great directors to be equally creative.”
Gilbert Lim, executive vice president, Sahamongkol Film International

“Tom Hardy has that melancholy air, but with a playfulness about the lips. And he’s sexy. To direct, Kim Jee-woon. He has been successful in several genres, but I think his real aptitude lies in spy action.”
Lewis Kim CEO, Lewis Pictures

“I spy a shaken, not stirred Tom Hardy as the next 007, with a twist of Andrew Garfield as the wild card, directed with a splash of tonic by ace Kathryn Bigelow.”
Gudrun Giddings, independent producer

Could Tom Hardy be the next Bond?

“Jake Gyllenhaal would be perfect. With Southpaw and Everest, we saw how capable he is physically, while Brokeback Mountain made both women and men fall for him. Baltasar Kormakur to direct.”
Sara Norberg, executive director, Helsinki International Film Festival and Finnish Film Affair

“This question inspired a big discussion in the office. We talked through Tom Hiddleston, Tom Hardy, Idris Elba and Soren Malling. Some would go for a female Bond. Personally, I would love to see Steve Buscemi’s angle on this role.”
Tine Klint, founder and managing director, LevelK

“The new Bond should be Michael Fassbender, Jude Law or Ewan McGregor. And it should be directed by a female director such as Gurinder Chadha, Debra Granik, Kathryn Bigelow or Mimi Leder.”
Kamran Sardar Khan, head of distribution, acquisitions and sales, Camino Filmverleih

“Chiwetel Ejiofor and Nicolas Winding Refn directing. It’s a no-brainer and it would be bad-ass.”
Thor Sigurjonsson, general manager, Scanbox