How do Canadian locations, long popular with footloose US productions, maintain their appeal in the face of stiff international competition? 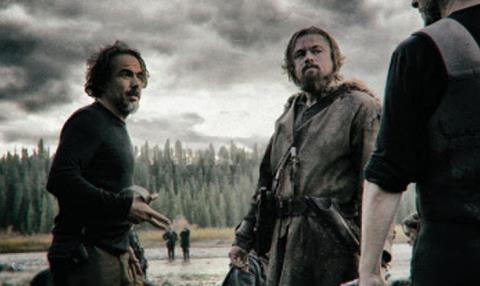 Canada’s extensive crew base, varied locations and modern infrastructure all help to lure productions. Most are from the US but many others are set up as dual-nationality projects made under one or another of the country’s 50-plus co-production treaties. But the biggest draw is Canada’s long-established system of federal and provincial incentives.

Over the past year, Canada has hosted features including Crimson Peak, The BFG, The Revenant, Stonewall, X-Men: Apocalypse and The Walk, and such TV series as Heroes: Reborn, The Strain, Quantico and Minority Report.

The plunging value of the Canadian dollar suggests the country’s production boom will continue, though there is some uncertainty about regional incentives. Last year, Quebec cut its film and TV credits by 20%, and this year Ontario cut its production services credit aimed at foreign productions from 25% to 21.5%. Nova Scotia recently replaced its 50% rebate on labour costs with a 25% refund on production costs including labour.

Toronto and Los Angeles-based Don Carmody is the go-to man when it comes to setting up US films in Canada, having worked on projects including Good Will Hunting, Chicago, Pompeii and the Resident Evil series.

The industry is concentrated in three regional hubs: Ontario, with Pinewood Toronto Studios and Cinespace Film Studios, and, claim locals, the country’s largest talent base; Quebec, with Cite du Cinema studio and the core of the French-language film community; and British Columbia, with Vancouver Film Studios and Canadian Motion Picture Park Studios and a strong VFX sector.

The modern metropolis of Toronto, the European-style city of Montreal, wilderness, Arctic tundra, mountains, rugged Atlantic and Pacific coastlines, and the Great Lakes, which have stood in for the Atlantic and Pacific oceans. The country even has a few small deserts, but for tropical locations producers go south into the US.

Visiting Hollywood stars enjoy Canada’s proximity to the US, the country’s lively and familiar culture and not being bothered by local people and paparazzi.

Canada is the second largest country in the world, with an area of 3.85 million square miles. The biggest international airports are in Toronto, Vancouver, Calgary and Montreal. Flight times from Vancouver in the west to Toronto and Montreal in the east range from four-and- a-half to five-and-a-half hours.

“Toronto has world-class stages. You have great construction crews and great crews as a whole — a lot of people and great quality. And a really, really strong tax rebate.”

“Ontario has a rule about feeding your construction crew an extra meal, yet food is not something that’s applicable for rebates in the very state where that’s a custom,” Greene says. First person to call Telefilm Canada www.telefilm.ca/en/partnering-with-canada