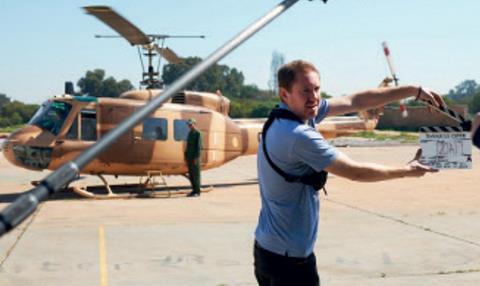 The Moroccan military is very supportive of the film industry and can provide military equipment, uniforms and extras.

All expenses are exempt from VAT, which ranges from 14% to 20%. Social charges for crew are also waived for shoots lasting less than six months. Further information www.usa-morocco.org/art/admin.html

There are three studios: CLA Studios and the Atlas Studios, close to Ouarzazate, and Cinedina Studios in Casablanca. Morocco has a pool of experienced crew although most productions bring in heads of department. There are a number of well-regarded line production companies, including Dune Films, Zak Productions, K Films, Kasbah Films Tangier, Abel Aflam and H Films.

Morocco’s historic cities have a Europe-meets-the-Middle East look, while the country also boasts atmospheric deserts and the majestic Atlas Mountains. The capital, Rabat, was transformed into war-torn Iraq for American Sniper, while the souks of Marrakech doubled for Afghanistan in Rock The Kasbah.

The Sheraton in Casablanca, the historic La Mamounia in Marrakech and, just outside the city, luxury Amanjena resort, and Le Berbere Palace in Ouarzazate

On your days off

Go carpet and trinket shopping in the souks of Marrakech, take in the beaches of Agadir, sample beauty treatments at the country’s world-famous hammams and spas and don’t miss sightseeing and trekking in the area around Ouarzazate.

Slightly larger than California, Morocco is a compact country with a good rail, road and air networks. But while moving around the country is relatively straightforward, getting around big cities such as Casablanca can be complicated because of chronic urban congestion.

The country needs to increase its crew pool to accommodate all the shoots. Leader brought in more technicians than usual on Damascus Cover due to competition for top crews from other international shoots.