PRODUCER: After giving up on his childhood dream of becoming a professional footballer, Yaw Basoah trained as an accountant to support himself while he began his entry into the film industry. 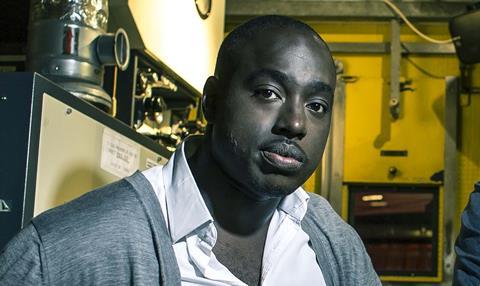 Securing a place on Creative Skillset-funded mentoring scheme Guiding Lights, Basoah was thrilled to be guided by Shaun Of The Dead producer Alison Owen, an experience that gave him a “great insight into transitioning from shorts to features”.

On the scheme, he met budding director Faye Gilbert, who was being mentored by Danny Boyle, and the pair decided to collaborate.

Their first completed project was BFI-backed The Line, which starred Laya Lewis and Oscar Sanders and played at Palm Springs in 2014.

The duo then began developing their debut feature Kill Her Witch, a dystopian chase thriller.

The project was selected for Film London’s micro-budget film-making scheme Microwave in 2015 and is gearing up to shoot in late 2016.

Basoah is also juggling a large, eclectic slate of projects. He is working with writer-director David Alexander on crime drama Free, which Creative England and the BFI are developing; with writer Gillian Roger Park and director Baff Akoto on war thriller Heval, which explores people leaving the UK to fight against ISIS; and on animation short Robot & Scarecrow, directed by 2012 Star of Tomorrow Kibwe Tavares and produced by 2015 Star of Tomorrow Daniel Emmerson for Michael Fassbender’s DMC Film.

With those projects in full swing, Basoah is focused on the stories about which he is most passionate: “I’m really interested in the dark side of human nature, what drives people to do bad things.”