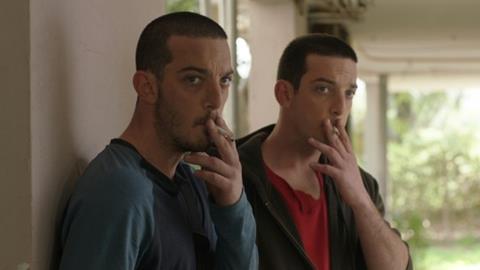 Somewhere in between a coming-of-age drama, social comment and tentative thriller, Tom Shoval’s first feature film takes its audience through an unpredictable journey whose intentions seem to be constantly shifting all the way to the very end. Though the intentional clumsiness of its characters seems to spill at times into Shoval’s filmmaking and the script doesn’t always provide all the information required, the result could easily find its niche in film events searching for new talent.

A modest production shot in a satellite city next to Tel Aviv, Shoval’s debut has all the charm but also all the shortcomings of a first film.

Youth (HaNoar) starts in an old fashioned manner. Shaul (Eitan Cunio), a high school student, stalks a cute girl his own age (Gita Amely), on her way back home. Obviously, here comes another teenage romance, and judging by the scowl on the young man’s face, not a very pleasant one. But the boy stops short of making contact, and instead he uses his portable phone to take pictures of her going home.

In comes his brother Yaki  (David Cunio, Eitan’s identical twin), freshly drafted into the military service. Home for a brief furlough, still in his uniform, carrying his army weapon on his shoulder, he joins Shaul and the two grab the girl on the street, push the gun in her back, cover her eyes and have her don a pair of oversize sun glasses, after which they take her without any interference from passers-by on a bus ride all the way back to the cellar of their home and lock her up there.

They tie her hands and stuff her mouth to prevent her from shouting, Now, their purpose seems obvious – typical preliminaries for a rape - but instead of even attempting it, they pick up the phone and demand considerable ransom for her release.

As the siblings take turns keeping an eye on their kidnapped victim, some more of the background comes into focus. Their parents are going through a tough patch, living on the measly income of their mother (Shirili Deshe) while their hapless, pot-smoking, unemployed, father (Moshe Ivgi) concots improbable schemes that will never materialise. Despite their putting up a brave pretense, the family is about to lose their flat and no miracle in sight can prevent their being thrown out of their home the next day.

Though former film critic Shoval obviously refers on the one hand to the economic crisis and its victims and on the other hand to the awkward immaturity of adolescent fantasies, the whole point of the film is to keep the audience guessing what direction the plot going to take next. On another level, this could also be construed as a criticism of the media-induced, perverted mentality which leads the two boys to believe in their lame plan, and at the same time, has the audience guess their intentions wrong every step of the way.

A modest production shot in a satellite city next to Tel Aviv, Shoval’s debut has all the charm but also all the shortcomings of a first film. Though the script cleverly keeps its plot close to the chest, the characters and their background tend to be sketchy. Yaron Scharf’s camera is often elegant, with its long travelling shots and Shoval’s direction shows promising confidence, but it sometimes fails to lead smoothly from one scene to the next, dialogue is spartan and the Cunios, who have never acted in a film before, effectively convey not only the tight bond between the two brothers but also the surly air of insecure adolescence. Moshe Ivgi, the only familiar name in the cast, plays the father as a self-deluding loser, whose actual despondency comes out into the open only towards the end.