Harvey Weinstein has cancelled his visit to Zurich Film Festival “due to an unforeseen production emergency”. 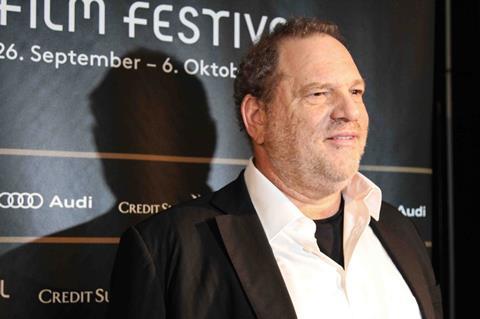 The Weinstein Company co-chairman was due to deliver a masterclass at the festival tomorrow (Sept 29) and attend a gala screening of Carol alongside director Todd Haynes and producers Elizabeth Karlsen and Stephen Woolley that evening.

In a statement, Weinstein said: “Due to an unforeseen production emergency, I am sorry to not be there in Zurich as planned.

I loved taking part in a master class for the festival two years ago. It was such a memorable experience having a candid and thoughtful exchange with the film students and professionals.

“I can honestly tell you how truly disappointed I am not to be there again, but I know you’re in great company with Carol’s incredible director Todd Haynes and producers Elizabeth Karlsen and Stephen Woolley.

“If invited again, I will happily join the festival next year.”

He added: “We are so proud to have Carol in this year’s Zurich festival.

[ZFF co-directors] Nadja [Schildknecht] and Karl [Spoerri] have always been at the forefront of distinguishing some of the most creative content and artistic films of the year.

“The festival has become one of the most important stops for films up for award contention.”