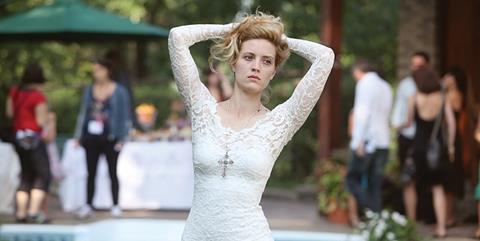 After venturing into the English language with the very English The Young Victoria, Quebec’s Jean-Marc Vallee returns to French with an original story, assuredly confident in its storytelling but not a little bonkers in its story.

The film is often mesmerising – especially in some emotional individual scenes played out by the committed cast.

It’s actually two stories – one set in 2011 Montreal tells of a brash, handsome DJ who has fallen for a beautiful young woman and is dealing with the fallout of leaving his wife and two kids for her; one set in 1969 Paris tells of a strong working class hairdresser raising a son with Down Syndrome and determined that he will live beyond his expected life span.

Both strands deal with the nature of passionate, almost obsessive love and are both beautifully realised; the problem is that when they come together in an unexpected metaphysical tie-up at film’s end, the film inevitably feels less than the sum of its parts.

Arthouse audiences prepared to go for two hours without being told the connection between the two stories will be sucked into this well-directed film; whether they will accept the denouement is another question, and word of mouth could be divided. The film is playing Venice in the Venice Days section and will be a Special Presentation at Toronto.

Glued together by a kinetic visual patchwork of images and a bang-up electronic music score, the film starts on Antoine (Parent), the successful DJ who appears to have it all, including a girlfriend he is mad about called Rose (Brochu), but still goes to therapy and worries about the devastation he has wrought on his ex-wife Carole (Florent), their two girls and his anxious parents. Meanwhile Carole, who is convinced that he will come back to her, is beset by nightmares in which she is driving a car at high speed with a young boy in the back seat.

Interspersed with the drama of Antoine and Carole is the story of Jacquelene (French superstar Paradis) whose obsessive love for her seven year-old son Laurent is tested when he finds a new best friend at school, a girl who also has Down Syndrome.

As the two dramas play on simultaneously, the film is often mesmerising – especially in some emotional individual scenes played out by the committed cast.

And there is an unquestionable element of intrigue in that the parallels between them are not apparent for most of the film’s not-short 120-minute running time, the only connection being the music of Café de Flore which is Laurent’s favourite LP and also the name of the track being played when Antoine first lays eyes on Rose.

But when Carole goes to see a medium, and a transcendental bond between her and Jacquelene comes to light, the film stretches the limits of audience to their thinnest levels.

The conclusion of the film – somewhere between “if you love somebody, set them free” and “there’s a soul mate for everyone” – is hard to swallow, especially since Carole is required to show magnanimity beyond the reach of most sane humans. Indeed female audiences might balk at a film that apparently – finally - justifies Antoine’s infidelity and abandonment of family.