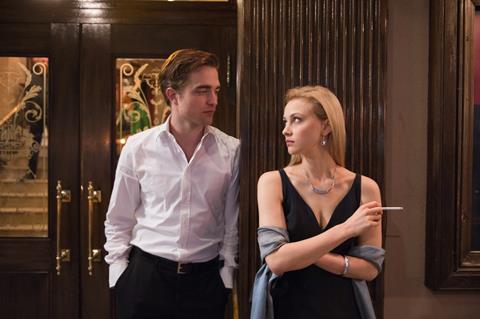 The cerebral postmodern novels of US writer Don DeLillo have so far proved immune to screen adaptation. It’s not difficult to understand why as we watch David Cronenberg’s arid stab at Cosmopolis, DeLillo’s 2003 yarn about a multi-millionaire asset manager crossing New York in a stretch limo to get a haircut as his investments plummet. Cut and pasted almost verbatim into the script, the novelist’s mannered dialogue and shallow characters (many of whom are simply mouthpieces for ideas) make for an anemic, dramatically flat viewing experience.

As a post-capitalist parable with psychotic overtones, Cosmopolis has a certain purchase.

In one sense, Cosmopolis is a return to the past for Cronenberg: mostly shot within a cyber-pimped limo, it harnesses the dark, dysfunctional, oneiric moods, if not the same body horror themes, of Videodrome or Crash. But his dependence on DeLillo’s source material means that the director is not entirely his own man, and the atmosphere of impending catastrophe that builds in the course of the film (and is its strongest feature) is constantly undermined by its bookish lines and set-ups.

Bankable Twilight saga star Robert Pattinson is fine in the main part: if his Eric Packer is a little cold, a touch robotic, then so is Cronenberg’s unapologetically stylised approach to the story; this was never going to be a role that called for big emotions. But it’s difficult to see Pattinson’s youth appeal skewing this arthouse product’s audience towards the teen market – it’s just too slow and too talky.

And despite a few changes – for example making the currency that ruins Packer the yuan rather than the yen – the scenario feels dated. This New York of start-up billionaires raddled with existential ennui is like the 1990s channeled by the 1950s; it’s Wall Street scripted by Albert Camus.

Most scenes take place inside Packer’s company limousine, which is designed as a sort of techno-luxe hearse, with discreetly expensive upholstery and detailing and a variety of touchscreen consoles that monitor, among other things, the markets, the media and Eric’s heart rate. Accompanied by Torval (Durand), head of security at his company Packer Capital, Eric inches downtown through traffic gridlocked by a presidential visit. Insulated from the city outside, Eric receives various people in his automotive cocoon.

Three young employees talk about the financial scenario in terms so abstract that it takes us a while to work out that Eric is facing ruin – and his own utterly passive reaction to the news, while true to the book, makes for a tension-free trip. Eric has sweaty sex with an older lover (Binoche) before discussing with her the purchase of a brace of Rothko paintings; a doctor gets on board to give him his daily check-up; Samantha Morton, playing Packer Capital’s ‘chief of theory’, philosophises with her boss while anti-capitalist protestors riot outside and daub the limo with slogans.

Occasionally Eric gets out – mostly to meet Shifrun (Gadon), his rich WASP-ish wife, for breakfast, lunch and dinner; by dinnertime their marriage of a few weeks is dissolved, more in apathy than rancor. Torval warns Eric that he has received information of potential security threats, one of whom turns out to be a custard-pie-toting ‘pastry assassin’ (Almaric). And meanwhile the city glides by outside, with few landmarks in view – just as well, as the film’s supposed New York is in fact Toronto.

As a post-capitalist parable with psychotic overtones, Cosmopolis has a certain purchase. And apart from one embarrassing rap number, Howard Shore’s Moby-like soundtrack is good at mood building. But it’s an idea film whose ideas are not always particularly interesting; and the dialogue too often sounds as though it’s written by a student playwright nurtured on a diet of Pinter and Ionesco (“My prostate’s asymmetrical”, deadpans Eric; “So is mine”, replies the endgame character played by Paul Giamatti).

The main problem with Cosmopolis the film, however, is one which John Updike had already put his finger on in his New Yorker review of the book: “The trouble with a tale where anything can happen”, he wrote, “is that somehow nothing happens”.

Screenplay: David Cronenberg, based on the novel by Don DeLillo