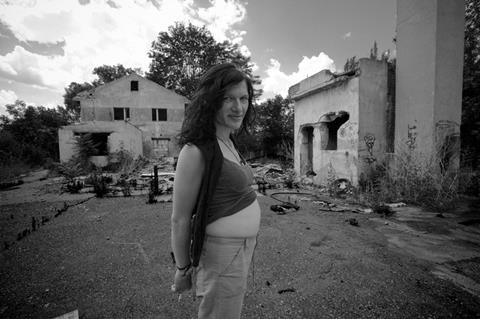 Katka is a Juliette Lewis look-alike with an invincible drug habit in this wrenching documentary. Her beauty is the least of what she loses as filmmaker Helena Trestikova observes her over the course of 14 years.

The camera lingers on Katka’s personal pain but the addict’s world is also viewed at close range.

The film’s logistical ambition and its poignancy, which transcend the standard TV addiction doc, should keep it at international film festivals for the next year. The film screened at the Karlovy Vary Film Festival. Theatrical release will be limited to arthouses, but television could be strong in Europe.

When we meet Katka, she is a vulnerable teen addict who’s found love and the hope for sobriety. She loses both, but gets pregnant, as Trestikova films contentious pre-natal meetings before the on-camera birth of a healthy beautiful daughter.

A belligerent junkie boyfriend and dope drag Katka down, and the documentary becomes a long march through squalid filth and desperate addiction.

Trestikova followed the approach of intense extended observation that she took with a career criminal in prize-winning Rene (2008), and it works grimly again here. For Katka, second, third and fourth chances at kicking drugs surrender to a habit that always wins.

The camera lingers on Katka’s personal pain – and also on her humor and tenderness toward her daughter – but the addict’s world is also viewed at close range. Railway station corridors and shadowy squats give the film a haunted grayish palette. Yet before drugs ravage Katka, Trestikova finds lyricism in this gaunt damaged girl. In meditative moments, the addict resembles cadaverous Madonnas from the Blue Period of Picasso, who chose similar outcasts for his models.