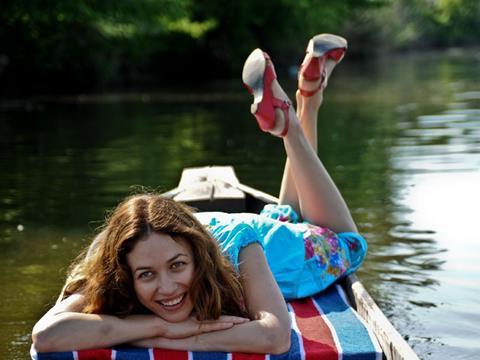 Michale Boganim’s powerful Land Of Oblivion (Terre outrage) is a fascinating and impressivley performed drama about the 1986 Chernobyl disaster and the resulting impact on the region and on Eastern Europe some ten years later. The casting of Ukrainian actress Olga Kurylenko (from Quantum Of Solace) may well help pique distributor interest, though outside niche arthouse options festival exposure is likely the film’s best option.

The film itself is both gentle and powerful – a low-key look into the horrors that continue to have a terrible impact on the region.

Documentary filmmaker Boganim shows a sure touch with the film – clearly the project involved a lot of research – and the tough story is balanced by charmingly odd moments (a stampeding stream of horses gallop by tourists at the Chernobyl site) and some elegant cinematography.

The film opens on a sunny day – April 26, 1986 – detailing the lives of a series of people living around Pripyat, the town nearest the Chernobyl site. Anya (Kurylenko) and fireman Pyotr (Nikita Emshanov) are married a few hours after the reactor blows, and after Pyotr is called up to attend to the blaze he is never seen again; physicist Alexei (Andrzej Chyra) understands what happens and orders his wife and son to leave, but ordered to keep silent by the authorities decides to vanish, while forest warden Nikolai (Vyacheslav Slanko) refuses to abandon his home…he argues that he didn’t leave during World War II why would he now?

The opening sequences are handled with subtly. There are no explosions, flames or sequences of the disaster itself. Instead Pripyat of 1986 is impressively recreated, with the implications of the explosion coming with the sight of a white wedding cake being drenched in black rain and small birds and animals dying.

The tone switches completely in the second part, set in 1996 (and partly shot at actual locations around Chernobyl) with Anna now a dour tour guide showing visitors around the area; Alexei’s 16 year-old son Valery (Illya Iosivof) returns to the region to look for his father, and elderly Nikolai cultivates his garden, unaware of the poisons in the fruit he tends.

Kurylenko is impressive as the increasingly tortured Anya, haunted by her past and troubled by her current relationships, given far more to work with than her roles in Western genre films. The film itself is both gentle and powerful – a low-key look into the horrors that continue to have a terrible impact on the region.