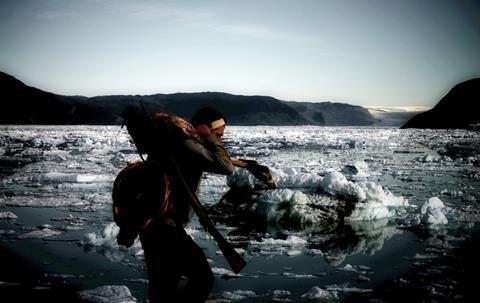 This impressively watchable drama – purportedly the first locally produced film made in Greenland – is a triumph of low-budget filmmaking, and while already a fixture on the festival circuit deserves to find a home with discerning distributors.

Well made, nicely performed and ultimately quite moving, it is a film that deserves to be released.

The title is an issue in terms of easy distribution – apparently ‘Nuummioq’ means someone who lives in Nuuk, the capital city of Greenland – but strong reviews could well help any release. The film premiered at the Sundance Film Festival, and screened again recently at Karlovy Vary.

As a piece of drama, Nuummioq is pretty straightforward. Carpenter Malik (Lars Rosing, brother of the film’s director Otto Rosing) spends a good deal of time hanging with his buddies (Angunnguaq Larsen and Morten Rose), drinking at the local bars, clubbing and developing an on-off relationship with Nivi (Julie Berthelsen).

Things change when he is diagnosed with a life-threatening illness, and start to analyse his life. He and best friend Michael (Larsen) head off on a road trip, originally linked to Michael wanting to film his friend shooting at icebergs but allowing Malik to mull over his future.

Greenland’s stark and stunning scenery presents a perfect – and unusual – backdrop, especially given the widescreen cinematography, while the astute use of English-language folky music offerings keeps the film accessible and engaging. The performances are low-key and precise, with Lars Rosing appealing scruffy as the good-looking carpenter and Julie Berthelsen excellent as his sensible and compassionate would-be girlfriend.

Nuummioq is a nice package of a film. Well made, nicely performed and ultimately quite moving, it is a film that deserves to be released.