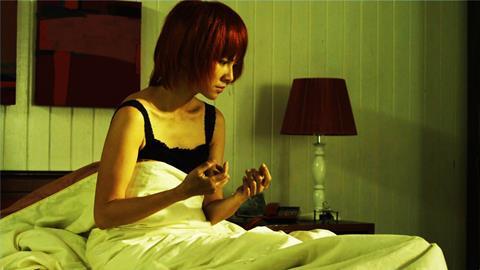 Oxide Pang’s 3D chiller delves into the mind of Cheng Chi Yee (played by Lee Sinje, making her third film with husband Pang), who suffers from sleepwalking after a tragic incident yet is completely unaware of her behaviour. She becomes the suspect in a murder case when Sgt Au (Huo Si Yan) starts to follow the clues in her subconscious, but the film spirals into a delirious chiller as a killer from her past also starts to stalk her.

Pang uses Hitchcockian murder-mystery thrills to push his story along rather than resorting to simplistic blood’n’guts action.

Oxide Pang is always a stylish director, and while the story is clumsily complex and overly layered, Lee Sinje is a charismatic lead and there are some nicely surreal moments. The 3D makes it an attractive prospect for distributors keen to exploit the format, though it may be a tough sale internationally.

Pang uses Hitchcockian murder-mystery thrills to push his story along rather than resorting to simplistic blood’n’guts action, and while Sleepwalker (Meng Yu) starts slowly and is way too confused and contrived in its early  sections it heads into a nicely tense finale. In truth though, Pang is at his best when delivering horror thrills (as in the Eye films) and his attempts at atmospheric thrills are less than successful.

Yee’s nightmares are getting worse – she has the same haunting dream – and she wakes to find a trail of muddy footprints by her bed. She worries that she may have killed her missing ex-husband, though detective Au believes she may be linked to her missing nephew’s kidnap and he starts to follow clues in her dreams.

It is all just a bit too preposterous to really convince and while Lee Sinje (sporting read hair) makes an attractive lead there is just no getting away from the confused clash of poorly drawn characters.  Equally the post-production 3D adds little to the pot apart from a few intriguing moments.