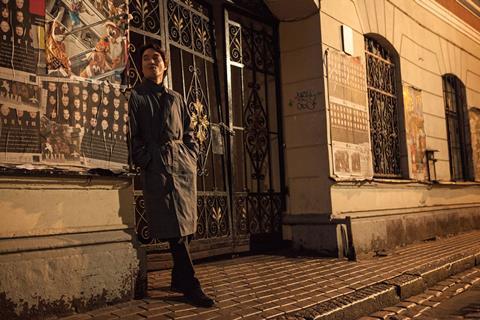 Arguably one of the most high profile South Korean releases of early 2013, Ryoo Seung-wan’s The Berlin File continues to adopt Ryoo’s visual trademark through pulsating and spectacular set-pieces that will help further boost the film’s local and international appeal, but its overall quality is hindered by an overly convoluted plot.

Ryoo captures an eerie post-cold war Berlin that seems unable to shrug off its past, which provides an interesting backdrop given the precarious relationship between North and South Korea that remains a lasting legacy of the Cold War.

Opening in South Korean cinemas on January 31, it’s set to take full advantage of the Lunar New Year holiday taking place from February 9-11, which is traditionally a popular time for local cinemagoers.

With a sizable amount of the dialogue in English and a reputable director at the helm (2005’s Crying Fist and The Unjust, in 2010), the film is also set to make its mark in other territories, including the US when it hits selected theatres in North America on February 15.

The film follows a North Korean agent called Jong-sung (Ha Jung-woo) who is forced to flee an illegal arms deal that takes place in a Berlin hotel, which is being observed by a number of agents including South Korean intelligence operative Jin-Soo (Han Suk-kyu) who then pursues him.

Meanwhile a ruthless North Korean agent named Myung-Soo (Ryoo Seung-beom) then seeks to investigate the loyalties of those involved, and attempts to implicate Jong-sung’s wife (Gianna Jun) who works at the North Korean embassy as a translator. Torn between his wife and country, Jong-sung sets out to seek the truth.

The plot invariably leads to comparisons to the landmark 1999 Korean spy-thriller Shiri that was very successful in combining sophisticated Hollywood style action sequences with a compelling narrative tailored towards local audiences. The Berlin File succeeds in part owing to its enthralling action set-pieces superbly orchestrated by Ryoo together with his director of photography Choi Young-hwan and his stunt director Jung Doo-hong which are bound to attract interest, but unlike Shiri it also falls short due its confusing narrative that may perplex audiences.

Shot almost entirely on location in Berlin and in the Latvia capital Riga, Ryoo captures an eerie post-cold war Berlin that seems unable to shrug off its past, which provides an interesting backdrop given the precarious relationship between North and South Korea that remains a lasting legacy of the Cold War.

Featuring an all-star cast including Ha Jung-woo (The Chaser), Han Suk-kyo (Shiri), Gianna Jun (The Thieves) and Ryoo’s brother Ryoo Sung-beom (The Unjust), the level of interest locally is sure to remain at fever pitch, and though there is a sense that the linguistic demands of their respective roles sometimes affect their acting, they are all well cast.

Ryoo who has established a strong reputation both home and abroad for his energetic and audacious set-pieces in films such as Arahan (2004) and The City Of Violence (2006) should keep his stature in tact, and though questions remain over his storytelling, this shouldn’t prevent his most ambitious project to date from meeting its local and international potential.