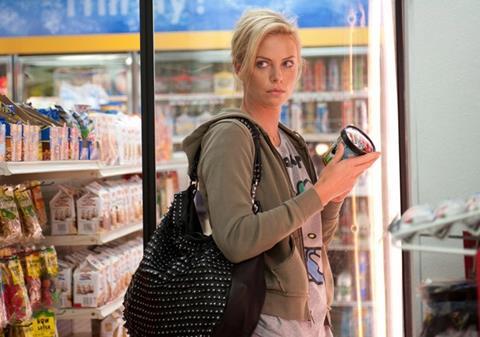 If Juno perfectly clicked in its portrayal of a sassy and smart teen, then Young Adult, the latest collaboration between director Jason Reitman and writer Diablo Cody, hits the comedy sweetspot with its hilarious depiction of an adult on the verge of psychopathic depression. It also features an unstoppable lead performance from Charlize Theron that should see her in the running for a Best Actress nomination.

Young Adult is a mature and engaging offering from Cody and Reitman – and in Charlize Theron they have a lead actress who makes their film tick with unselfconscious energy and commitment.

Diablo’s Oscar-winning script for Juno was fresh, witty and oddly wise and perfectly complemented by Reitman’s assured direction. Their latest collaboration is a delightfully dark comedy that blends self-aware sophistication with good old-fashioned comedy of embarrassment. It’s a tough period to be opening this sort of quirky and individual film, but critical support and good word-out-mouth could help focus attention.

The driving force of the film is Theron’s no-holds-barred performance as alcoholic ghost-writer Mavis Gary, a 37 year-old in the midst of a slightly early mid-life crisis, living a seemingly friendless life in her relentlessly messy Minneapolis apartment.

For Mavis the high-point of her life was when she was a popular beauty at high school, and she vicariously re-lives her teen years through her ghost writing in a series of ‘Young Adult’ books titled Waverly Place, about high school kids, with narration of her book dialogue acting as an insight into her feelings about her adult life.

When she receives an e-mail baby announcement from her old flame Buddy Slade (Patrick Wilson) she decides to return to her hometown of Mercury, relive her glory days, and – with completely selfish devilment – win back Buddy. She packs her bags - and her Pomeranian, Dolce - and heads back to the ‘hick’ town that represents the best and worst of her life.

She is somewhat surprised to find Buddy a sloppily-dressed new dad who isn’t won over by her attempts at boozy seduction, but his apparent lack of interest – or certainly genial ambivalence toward her – only spurs her to more and more outrageous behaviour as she equates recapturing Buddy to reliving her glory days.

Often drunk and delusional, she finds an unlikely friend in old classmate Matt (Patton Oswalt), who she barely recalls but us aware of him because he was beaten by jock classmates while at school after being accused of being gay, and his own way is also stuck in his teens, shuffling around on crutches and tinkering with toys in his basement bedroom. Their relationship is beautifully written – sad, bitter and disarmingly honest as these two broken people (one physically and one emotionally) try and come to grips with their lives.

Diablo Cody’s dialogue is razor-sharp as always, and her strong sense of observation helps build up the picture of a flawed woman desperately trying to re-discover the time she was happy and popular. Perhaps her mission is shallow – though there are some sad revelations that help make her slightly more appealing – but it is acutely observed and often hilarious.

Young Adult is a mature and engaging offering from Cody and Reitman – and in Charlize Theron they have a lead actress who makes their film tick with unselfconscious energy and commitment.