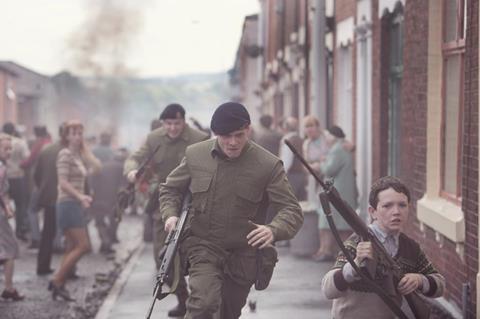 The film, co-produced by Crab Apple Films, Protagonist Pictures and Warp Films, stars Jack O’Connell as a soldier left behind enemy lines in Belfast during the height of the Troubles.

It debuted at the Berlinale in February and more recently played at Toronto.

The film, which previously won awards at Berlin and Sundance (where it debuted), is about a recently blind woman who fears and fantasies begin to take over her life.

The awards were decided by a five-member Youth Jury comprised of cinema students.

A special mention went to Florian Habicht’s Pulp: A Film about Life, Death and Supermarkets.

Further trophies were handed out to Greek features and short films.

Michalis Konstantatos was named best debut director for Luton, which follows three very different people who each are pushed to breaking point through psychological pressure.

Sofia Kokkali and Penelope Tsilika were named best female debutant actresses for their part in Pandelis Voulgaris’ latest Mikra Anglia (Little England). The film recently won the four main awards at the Shanghai International Film Festival and has been submitted by Greece for the Best Foreign-Language Oscar.

A number of titles in the Premieres and Panorama sections were attached to local distributors. Among them, Don McKellar’s The Grand Seduction (NEO films), Edward Berger’s Jack (StraDa Films), Dietrich Bruggemann’s Stations of the Cross (Seven Films-Spentzos Films), Michael Dowse’s What If (NEO films) and Athanasios Karanikolas’ At Home (Sto spiti) (One From the Heart).

David Fincher’s US crime drama Gone Girl received its European premiere as the closing film of the festival.