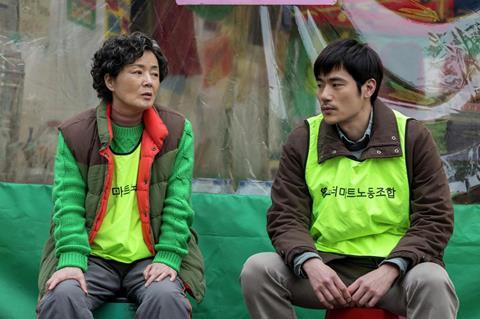 Based on a true story, Cart portrays the employees of an exploitative big box retailer and the long-term strike they carry out against it. The film stars Yum Jung-ah (Your Neighbor’s Wife), Kim Young-ae (The Attorney) and K-pop star D.O. in his big screen debut.

The film most recently played in Rotterdam, following screenings at festivals such as Busan after a world premiere in Toronto.

Cart is set for release in Hong Kong, Taiwan and Japan this year.