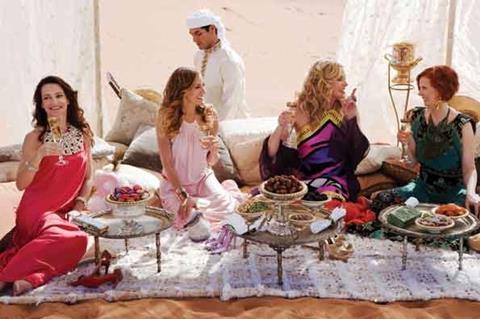 There surely isn’t a Hollywood executive alive who would wish for the blockbuster season to get any more competitive. Yet this summer brings the added challenge of the soccer World Cup - and studios have been planning for well over a year.

With a potential aggregated viewership of tens of billions over the course of the month-long jamboree in South Africa, the World Cup will inevitably distract cinema audiences to some degree. Yet what emerges very clearly from speaking to international chiefs at the studios is that while there will be an impact it need not be wholly destructive. Studios can account for it, mitigate its effect, detour around it and, in some cases, even face it head-on.

By the time the opening game kicks off on June 11, Iron Man 2 will already have taken most of its international box office through Paramount Pictures International (PPI) - a cursory perusal of box-office data from the last several World Cups and European Championships reveals that concurrent releases tend to make most of their money in the first three weeks, at which point box office drops in the 39%-50% range.

Meanwhile Sex And The City 2 will be getting under way through Warner Bros Pictures International (WBPI).

Both are deliberate ploys. PPI president Andrew Cripps and his team claimed the May 7 US release date for Iron Man 2 well before the end of 2008 and scheduled a rapid pre-World Cup roll-out overseas. The point was not just to be first but to accommodate large swathes of the international male fanbase who were probably football fans too. Similarly Universal Pictures International is releasing the Ridley Scott-Russell Crowe reunion on Robin Hood in May following its Cannes opening slot.

Sex And The City 2 is predicated on a different approach. LikeIron Man 2, it opens around the world virtually day-and-date with the North American launch (May 27), but there the similarity ends. The late May/early June pattern means it will play through the World Cup. And that’s exactly where Veronika Kwan-Rubinek, Warner Bros Pictures’ president of international distribution, wants it to be. “Sex And The City 2 is perfect counter-programming, so we are taking advantage of the corridor and playing right into [the World Cup],” Kwan-Rubinek says. “We expect it to be a huge draw for women while their male partners are absorbed with the World Cup.”

Two animated releases - PPI’s Shrek Forever After and Walt Disney Studios Motion Pictures International’s (WDSMPI) Toy Story 3 - will launch in select key territories in late June. “Family movies are good during the World Cup because of the strength of the matinee shows, and typically games are going to be [in the late afternoon and evening] across Europe,” Cripps says.

Sony Pictures Releasing International (SPRI) president Mark Zucker believes it’s not just families that will reward a good film during the World Cup. “If you’ve got a picture that delivers and you can promote it the way you want, it’s not going to matter and you can go on almost any weekend,” Zucker says. “I’ve studied the last two World Cups. In Germany 2006 Cars grossed $218m and had dates during the Cup.

“That’s a pretty good number. But there were male, teen-oriented films that performed well too, like The Break-Up [$86.3m] and The Fast And The Furious:Tokyo Drift [$95.9m].”

That said, SPRI’s The Karate Kid remake starring Jaden Smith and Jackie Chan launches mostly after the tournament and through August. Zucker explains this was designed to play during European school holidays and to allow the young star to embark on a comprehensive publicity tour.

The Twilight Saga: Eclipse goes out in late June in a near day-and-date pattern honoured by Summit International’s network of distributors. “We decided that given the demographic of this series, which is predominantly female, we could own that period during the second half of the World Cup,” Summit’s president David Garrett says.

“We also have the benefit of holidays through the rest of the season. The only thing you can do is counter-programme during that World Cup ‘dead zone’. Before and after that the schedule is heavily loaded, so we felt this was the best time.” Garrett and his Summit International colleagues regard hot weather as the greater potential threat for ticket sales. Nevertheless, a summer release presents opportunities, such as the ability to get DVDs on shelves towards the end of the year during the holiday season.

David Kornblum, WDSMPI’s vice-president of theatrical sales and distribution, says “the fear [of the impact of the World Cup] is more territory-specific than pan-regional. If you have a movie in Germany and the team gets into the final, you might get hurt. But overall if you get hit and have a strong film playing, you will bounce back.” WDSMPI launches fantasy adventure Prince Of Persia: The Sands Of Time in late May, believing it has sufficient four-quadrant appeal to play through the tournament. It’s one of two potential franchises the studio is partnering Jerry Bruckheimer on, the other being The Sorcerer’s Apprentice, which is staggered from mid-July to early September.

“Generally, it depends on where the tournament is being played and this year because it’s in South Africa the time differences with Europe will not be that much,” says Kornblum, who points out that it all boils down to which countries move into the knockout stage.

Fox’s The A-Team opens in many territories around the start of the tournament and presumably the studio believes it has a strong action contender that can withstand the distractions. Of all the summer releases, this film confronts the World Cup in the most direct way for a male-oriented film.

Fox International co-presidents Paul Hanneman and Tomas Jegeus have set a July/August run for Fox’s sci-fi action title Predators, one of a crush of post-World Cup releases including WBPI’s Inception from Christopher Nolan, PPI’s The Last Airbender from M Night Shyamalan, SPRI’s action thriller Salt, and the all-star mercenary romp The Expendables sold through Nu Image. At time of writing Fox was still conferring on dates for the Tom Cruise-Cameron Diaz action comedy Knight And Day.

Key releases during the world cup

PRINCE OF PERSIA: THE SANDS OF TIME (May 28)