A world of difference

Sixty-five films have been submitted for the foreign-language film Academy Award category this year but the Globes and Baftas might well recognise some of the films that failed to make the Academy cut, writes Mike Goodridge. 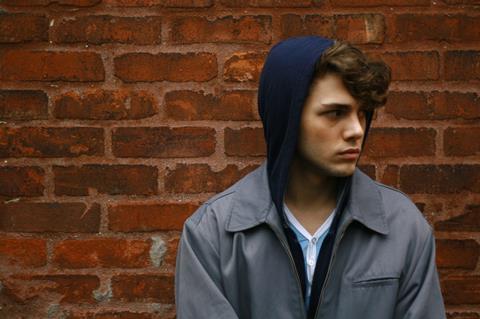 This year’s foreign-language film category for the Academy Awards is missing a few more notable films than usual, and it is not the fault of the Academy but of the countries.

The submissions list, which is already limited in that it allows only one film per country, omits some of the year’s best films — City Of Life And Death from China, which won at San Sebastian; Lebanon from Israel, which won at Venice; The Maid from Chile, which won Sundance’s world dramatic competition; Dogtooth from Greece which won Un Certain Regard at Cannes; Broken Embraces from Spain and Vincere from Italy, which were in Competition at Cannes; and Euro box-offi ce smash The Girl With The Dragon Tattoo from Sweden.

The same category in the Golden Globes and Bafta can pick up these films as nominees, so it will be a point of interest to see how different the three awards are in the fi nal analysis.

That said, the 65 films submitted for the Oscars will yield a shortlist, first of nine, then whittled down to the final five, which should encompass the two great masterpieces from Cannes this year — Michael Haneke’s The White Ribbon and Jacques Audiard’s A Prophet — alongside some of that festival’s most notable successes : Police, Adjective (Romania), Ajami (Israel), I Killed My Mother (Canada) (pictured), Mother (Korea), Samson And Delilah (Australia) and The Misfortunates (Belgium).

Then there is the Berlin Golden Bear winner The Milk Of Sorrow from Peru and one of the Berlinale’s best films this year, Asghar Farhadi’s About Elly from Iran. And it might not have received the warmest reviews in Venice but you cannot rule out Giuseppe Tornatore’s Baaria.

The director’s sentimental style has always appealed to Academy voters and even his last film, the uneven thriller The Unknown Woman (La Sconosciuta), made it to the fi nal nine in 2007. Other films of note from the second half of the year include Juan Jose Campanella’s box-offi ce hit The Secret In Their Eyes from Argentina, which played Toronto and San Sebastian; and Fernando Trueba’s The Dancer And The Thief from Spain, which had its world premiere in San Sebastian. Both films star Ricardo Darin and both directors have a strong Oscar history.

As part of our awards countdown coverage, Screen caught up with some of the film-makers who stand a strong chance of scoring recognition across all awards bodies.

Could Michael Haneke win an Oscar or could the man he beat to the Palme d’Or, Jacques Audiard, take gold instead? Will the Academy’s conservative membership opt for more traditional, less edgy films such as The Secret In Their Eyes or Baaria? And will some foreign-language films of note, such as Sin Nombre or Coco Before Chanel, simply fall through the cracks?