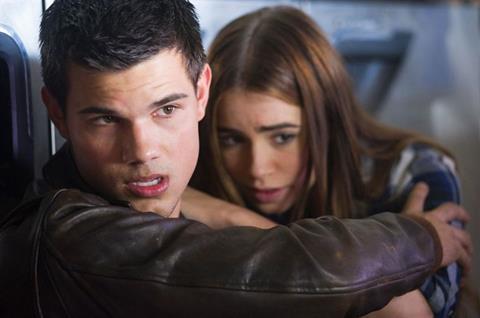 Taylor Lautner makes a bid for junior action hero status with Abduction, a wildly implausible money-grab for teen film-going dollars that seems allergic to exploring the most interesting thing about its concept, and instead beholden to lame notions of air-quote thrills. A highly recognisable adult supporting cast indicates the behind-the-scenes mechanisms being deployed to try to ensure Lautner’s viability as a 21st century leading man, but this dreary, unexciting misfire shouldn’t be the vehicle to do it.

Director John Singleton keeps things moving but brings absolutely nothing to the table in terms of personality.

Fellow Twilight heartthrob Robert Pattinson’s swing at leading man status, Remember Me, took in only $19 million domestically (against another $36 million overseas) last year, but the more clearly defined genre ambitions of Abduction should help it outstrip that total before word-of-mouth craters and resigns the movie to ancillary anonymity.

Lautner stars as Nathan Harper, a party-hearty teenager who, when not enduring hearty, competitive sparring sessions with his dad (Jason Isaacs), sees a therapist (Sigourney Weaver) for what’s deemed “impulsivity, insomnia and rage issues” (or what might also be called male adolescence). After being assigned to a school project with his neighbor and longtime crush, Karen (Lily Collins), Nathan sees a picture of himself as a kid on a missing person website.

Before he can get answers out of his parents, however, a group of assassins burst into his house. Soon, both he and Karen are on the run for their lives, pursued by both a group of federal operatives headed up by Burton (Alfred Molina), and a shadowy Russian thug, Kozlow (Michael Nyqvist), who’s trying to recover a valuable list of bribed U.S. politicians, and may also have a connection to Nathan’s biological father.

Abduction’s problems are many, but begin with the title. There isn’t really a hostage scenario, or even a kidnapping in the film. It putatively refers to the lies surrounding Nathan’s childhood, but any sense of this intrigue or mystery is quickly aborted, however, as the film settles into a tired routine of cat-and-mouse shenanigans.

Here, plot holes and motivations are numerable, including a bit where Nathan intuits the fact that his estranged father has texted a copy of this super-secret list to a phone of which he happens to come in possession. And when it’s not awkwardly doling out exposition, the script’s dialogue is frequently cringe-inducing (“I just saw my parents get murdered — in front of my eyes!”).

More than anything, though, Abduction is just boring. Its narrative developments feel more compulsory than interesting. (In fact, viewers might outsmart themselves pondering a potentially intriguing twist that never comes to fruition.) The film aims to tap into adolescent feeling of heightened stakes, but the compressed time period into which it shoves its narrative shortchanges any potential interest to be found in the idea of a teenager who finds out his parents are not who he thought they were. Problematically, this also forces many scenes into a combination of functional plot elements and big, sudden emotional pivots, and Lautner lacks the experience and gifts necessary to sell this heavy lifting.

What’s left reads like a checklist of things that producers thought teenagers would like to see: Lautner “hood surfing” on a speeding car, thrashing a baddie henchman in closed quarters, making out with Collins, and managing to be frequently shirtless.

Director John Singleton, a long way from the trailblazing ground of his breakthrough films, keeps things moving but brings absolutely nothing to the table in terms of personality. He also doesn’t figure out a way coax believably modulated emotional awakening out of Lautner.

Location filming in Pittsburgh at least gives Abduction some nice visual flavor and differentiation — particularly the use of the newly opened PNC Park, which figures prominently into a third act rendezvous that serves as the film’s climax. Other technical credits are fine.