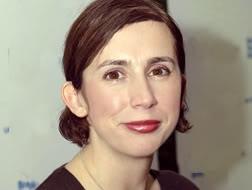 We caught up with Morgan at MIPTV to discuss The Hour, the Kudos Film and Television/BBC America co-production for the BBC, which is being distributed by Shine International.

What stage is The Hour in?

We’ve just locked on episode five and we’re doing a final mix and grade. It should be transmitting around June. I’ve been working on it for the past 18 months. I’d never worked on a series before, with characters you’re going to get back again and again, so that has been great. It’s taken over my life.

How did you come to the project?

I have had a long relationship with Jane Featherstone at Kudos and I worked with Derek Wax on Sex Traffic. I was interested in writing a series because it’s a form I hadn’t tried before and Jane was really interested in doing something on the birth of television news, which really came about in the mid ’50s. We tried to find a historical event that would be impactful for the series and of course the Suez Crisis was in 1956. It felt very pertinent and relevant - about a country that unites and protests against an illegal war.

I fell in love with the decade and the era. It’s all about repression and rebellion. On the one hand you have debutantes still being presented to the Queen and on the other hand you have rock and roll, Bill Haley and riotous teenagers taking over cinemas. I love the collision of these two worlds. It felt like a very volatile background for a drama.

It was a highly politicised decade. Does that appeal to you?

I think a lot of good art comes out of revolution. It was on the edge of the Cold War, when a lot of the spy books, Ian Fleming, for example, were incredibly popular. I wanted to do a spy thriller that played around with the film-noir genre. I was very influenced by a lot of great movies: Broadcast News, Good Night And Good Luck, Network, His Girl Friday, Sweet Smell Of Success. They are all movies I love. Because I’m a writer and I deal with deadlines all the time, I like to think of the journalist as a noble being, a noble creature. This was pre Twitter, pre Facebook, pre cell phones. I really enjoyed that element.

So watching films was key to your research…

Yes. I realised that a lot of those films hang on a moment where a journalist is faced with making a decision that jeopardises their personal and professional integrity. I love that; putting those very personal moments against the political world stage. The volatile love triangle between Belle, Freddy and Hector collides with historical events which reflect back on their dynamic.

How present is the Suez Crisis in the drama?

It’s a huge backbone to the drama. But the story is also about the establishment, corruption within government, collusion, MI5, MI6, the journalist’s responsibility to lay out the impartial story while feeling a huge amount of government pressure to direct a story. And it’s about a huge corporation such as the BBC and the way it was feeling pressure from the Conservative government. With a Conservative government in place today it felt like there were plenty of issues that were very relevant.

Bel sounds like a highly ambitious woman working in a very male-dominated environment, akin to some of your previous characters. What is it in particular about these characters that appeals to you?

I think as a woman you’re naturally drawn to those types of women. But what I loved about the character of Bel and the women I researched was how pioneering they were. Women like Grace Wyndham Goldie, for example. I was really inspired by her and by those women who broke into the male dominated bastions. But it’s also about class, so someone like Freddie is a working class hero who, through sheer hard work, gets into a position of power and still has to deal with a huge amount of snobbery. Hector is our handsome good looking anchorman who is thoroughly of the establishment and yet is having an internal struggle in his desire to rebel away from that world.

It’s also about the sexual politics of the time. Bel wants to have it all: a successful career, relationships and a family.You can see the pressures women feel today playing out in Bel.

How different is the pace of writing for TV?

Writing for the BBC means you don’t have the obvious ad breaks but you still have to be aware of the three-act structure. You’re not building to the peak of an ad break so you have to create those yourself. You have to ask whether there is enough to make people to want to come back. You never know.

It feels like a six-piece film. I see it in a continuum. I think that’s also a mark of the actors and the continuum of their emotional journey. It’s inherently a thriller, so you have to have those twists. I love the cliffhanger element of spy movies — the illicit meetings in the back of Westminster and strange suited men with umbrellas and not quite knowing who people are. We chose a period that was reassessing its identity and you see that paralleled in the characters on a social, economic, political and sexual level.

Do you prefer writing for film or TV?

I love them both in different ways. Film is inherently a director’s medium. I would flatter myself if I was to say I am the muse but I think the script is like the muse for the director to make the film they want. The nature of TV and the process means you are much closer to it. Now, most TV writers of a certain level of experience become executive producers. Being one on this show was very important to me because I was able to shape it and develop it in a way I don’t on films.

But I love writing for both because they are so different. It fascinates me how slow film is in comparison. It takes so long to arrange a beautiful set up of a shot on a film whereas on TV you don’t have the time or money so you have to write in a different way.

We are casting Birdsong, which will shoot in Hungary in June. It will probably air early next year as two 90 minute episodes for BBC One. It initially started as a film for Working Title. I’ve just completed on a film for Focus, Ruby and Film4, about the suffragettes. I am on a second draft of that. It’s exciting because the characters range from 17-year-old girls to 60-year old women. Part of the buzz for me with this script is having a great ensemble cast of great actresses.

I’m doing an adaptation of The Little Mermaid for Working Title and Joe Wright and am about to deliver on that in June. That will hopefully go into production in the next year or so. And I’m writing The Invisible Woman, the story of author Charles Dickens’ secret mistress.