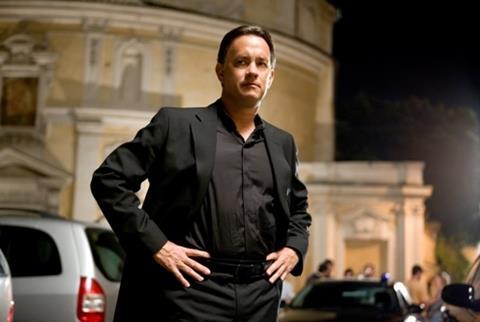 Ron Howard does a far superior job of filming Dan Brown’s first Robert Langdon novel Angels & Demons than he did with his lifeless blockbuster The Da Vinci Code in 2006. Picking up the pace considerably and wisely trimming some of the more preposterous excesses of Brown’s book, Angels & Demons is all the more intriguing for its setting in the murky halls of the Vatican and dusty churches of Rome. Bound to be in the top tier of summer blockbusters, this thriller is nothing more than cheesy hokum but Howard’s skills and those of his steely star Tom Hanks render it an entertaining crowd-pleaser which should give the first film’s $758m worldwide gross a run for its money when it bows on May 15.

Although The Da Vinci Code was slaughtered by critics after an ill-advised opening night debut at the Cannes Film Festival, audiences didn’t seem too bothered and its grosses - $217m in domestic and $541m in international – reflected the fascination that Brown’s well-researched (albeit poorly written) books inspire in the public at large. Angels & Demons was published before The Da Vinci Code, although the film implies that it takes place after events in that story. It also lends itself to a more effective film more than Da Vinci, taking place over about six hours in which the protagonists must frantically solve multiple clues to stop four gruesome murders and find a powerful bomb.

Fortunately Howard rises to the occasion. No doubt aware that The Da Vinci Code was hindered by its fidelity to Brown’s text, his writers – Akiva Goldsman and David Koepp – have found speedy entrees into this story, losing large swathes of convoluted plot points and characters from the novel. And Howard himself is more adventurous and nimble here, moving his camera more energetically. He is clearly determined to give the audience a ride after the turgid tedium of the first film. That the story itself, especially its climactic revelations, is so absurd can’t be helped, given the source material.

Unlike the book, Angels & Demons starts with the death of the old pope and the arrival in Rome of the world’s cardinals for the election of the new one. It then moves to CERN in Geneva where Italian scientist Vittoria Vetra (played by Israeli actress Ayelet Zurer) is experimenting with the creation of antimatter, a powerful energy source which could change the world’s energy supply. The experiment is a success, but just as it is completed, her scientist partner is found dead, a canister of antimatter missing.

Harvard symbology professor Langdon (Hanks) is next enlisted by the Vatican police, who race him to Rome to help a critical investigation. A group claiming to be the ancient secret brotherhood of the Illuminati has kidnapped the four preferred papal candidates and is threatening to kill them one by one that night on the hour. They also have the canister of antimatter and plan to wipe out the Vatican at midnight.

Langdon, who has written a book on the Illuminati, teams up with Vetra  to locate the brotherhood’s secret path of illumination through four churches, where it is assumed the cardinals will be dispatched one by one. He is both helped and hindered by various Vatican officials including head of the Swiss guard Stellan Skarsgaard and head of the Vatican police Pierfrancesco Favino.

Driven by a furiously urgent Hans Zimmer score complete with operatic Omen-style choirs and punctuated by a set of gruesome killings straight out of the Inquisition,  the plot races through all of Rome’s finest tourist spots – from the Pantheon to Castel Sant’ Angelo to the Sistine Chapel and of course St Peter’s Basilica. Bearing in mind the Vatican banned the production from shooting in the principality, the set recreations and CG work here are astonishing. Cinematographer Salvatore Totino lights the halls and plush corridors of the Vatican as if it were the Corleone house.

The strong cast plays it admirably straight, from Hanks to Zurer who makes a plausible particle physicist and best of all Ewan McGregor as the humble Irish chamberlain (“camerlengo”) to the late pope who has full papal power in the interim period before the new pontiff is elected. Stalwarts like Armin Mueller-Stahl and Skarsgaard add heft as do young Danish actors - Nikolaj Lie Kaas (Brothers and Open Hearts) as the assassin and Thure Lindhardt (Flame & Citron) as an ardent Swiss Guard.

Columbia Pictures has already optioned the next book in the Langdon series The Lost Symbol which is to be published in September; the Vatican will be relieved to hear that it is set in the US and delves into the mysteries of Freemasonry.

Based on the novel by Dan Brown