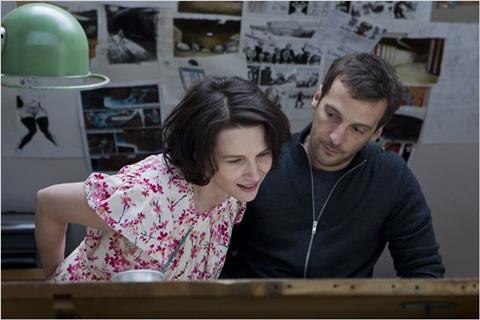 A woman (Juliette Binoche) is understandably discombobulated when she wakes up in unfamiliar surroundings having figuratively or literally - hard to say - slept through the last 15 years in Another Woman’s Life (La vie d’une autre). This potentially interesting idea goes no place in particular at a mostly forced and choppy pace in the directing debut of gifted actress Sylvie Testud.

Obviously intended as a heartwarming dramedy, this underwhelming misfire may draw in some viewers with the prospect of seeing Binoche paired with Mathieu Kassovitz, but commercial prospects look lukewarm wherever word of mouth is heeded.

Testud - herself a successful author - adapted the screenplay from a novel by Frederique Deghelt without managing to take advantage of how film can make the most unlikely situations play like reality.

On her 26th birthday, Marie, an enterprising woman of modest means, meets and shares a night of romance with Paul Speranski (Kassovitz) the son of a wealthy financier. She awakens in silk sheets in an obscenely luxurious Paris residence that seems designed to illustrate the jokey observation that when it comes to Paris-set movies, ‘All apartments and offices have a full view of the Eiffel Tower.’ It’s her 41st birthday, she apparently married the rich guy and they have a cute, precocious son who is mostly cared for by a housekeeper and nanny.

Marie gradually discovers that she’s an internationally respected captain of finance in the employ of her father-in-law, her marriage is on the rocks, she’s having an affair with a co-worker, she hasn’t really kept up with her parents, etc.

Once the humour dissipates that goes along with realizing that the French franc has morphed into the euro and one is no longer permitted to smoke indoors, the story just sort of sits there.

Binoche is game, jaunty or severe at designated intervals opposite Kassovitz’s terminally hangdog character, a celebrated comic book artist. Marie sets out to save her marriage because, well because, oh who knows? Because tempus fugit and family is really, really important? Whatever.