Marvel’s latest tops chart ahead of release this week. 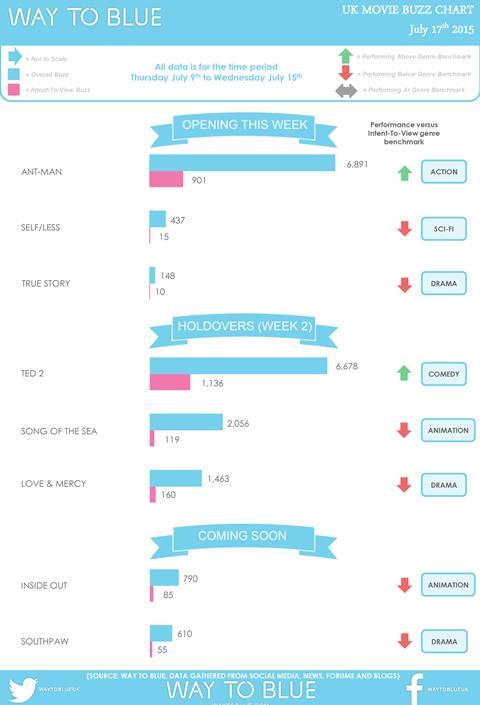 Titles on the horizon Inside Out with 790 (10.7% ItV) and Southpaw with 610 (9% ItV) both failed to generate significant social interest at this stage, according to the data compiled by marketing and communications agency Way to Blue.