Actor cites differences with board; Costume designer Yvonne Blake appointed as acting president until election can be held. 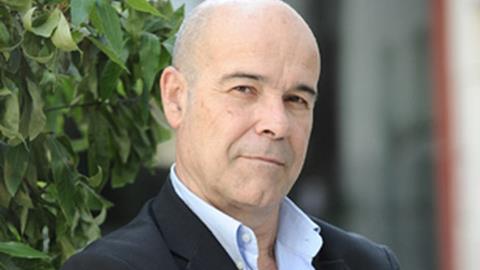 The actor Antonio Resines has resigned as president of the Spanish Film Academy.

He had been in the post since May 2015 after producer, distributor and exhibitor Enrique González Macho resigned during his second mandate at the head of the organisation.

Resines, who has shot the upcoming The Queen Of Spain with Fernando Trueba, described it as an “honour” to have held the position but also explained the reason for his departure in a statement released by the Academy: “This decision has been taken due to serious differences with part of the board of directors, differences that have made our task at the Spanish Film Academy presidency impossible.”

The board of directors is formed by two representatives of 14 different specialities in the Spanish film industry. Tensions escalated recently when the board tried to replace the director of the Film Academy, Porfirio Enríquez.

After his resignation, Resines told the Europa Press news agency that he was ruling out running for president of the Academy again. He insisted that the reasons behind his resignation had to do with problems within the organisation: “If some of the members of the board do not agree with the presidency, your hands are tied.”

The Academy, in charge of organising the Goya Awards, has appointed costume designer Yvonne Blake as acting president and director Judith Colell (Elisa K) as vice-president until new elections are held.

British-born Blake is an acclaimed costume designer, working on titles including Superman, Robin And Marian, Farenheit 451 and Nicholas And Alexandra, the latter of which garnered her an Oscar win. She has won four Goya awards and in 2012 she was chosen for the National Film Award.

In a statement announcing Blake’s and Colell’s appointment, the board of directors of the Academy denied that its members had interfered in the work of Resines’ presidency.