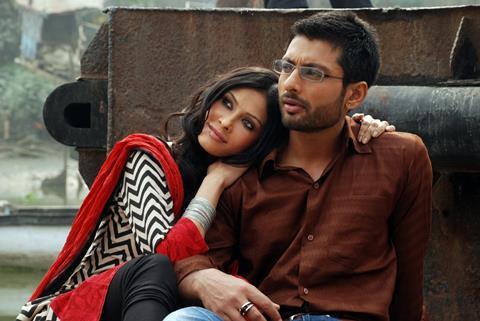 Srijit Mukherji pays a moving tribute in Autograph to two of Indian cinema’s icons, Satyajit Ray and Uttam Kumar. Drawing inspiration from the Ray classic, Nayak (Hero), starring the matinee idol of the day, Kumar, Mukherji’s film delves into an actor’s journey as he recalls his past. While Kumar’s character reminisces to a journalist on a train between Kolkata and New Delhi, the life of Mukherji’s protagonist, superstar Arun Chatterjee (Prosenjit Chatterjee), unfolds on a movie set.

Bebut director Mukherji manages to handle a rather complex subject with a fair degree of conviction.

While the shooting rolls on, with a depressed Chatterjee and a radiant Srinandita quite often not in sync, Mitra’s ego bloats. His relationship with her dramatically changes into one of mean betrayal, pushing her closer to Chatterjee. In one of his weak, drunken moments, he blurts out to her a terrible chapter of his life.

Autograph, which premiered at the Abu Dhabi Film Festival, has the necessary oomph (Sen) and songs (some extremely melodic) to attract audiences outside the niche festival circles. Running to fairly packed houses in Kolkata (only to be expected where both Ray and Kumar are still idolized), the movie’s great plus point is Prosenjit Chatterjee’s superbly nuanced style conveying the pathos of a star whose glory seems to be all over.

Sadly, the movie could have done without much of the artifice seen in the performances of Sen and Sengupta, with their relationship lacking that vital chemistry that could have lifted the work to a more impressive level.  However, debut director Mukherji manages to handle a rather complex subject with a fair degree of conviction. It is also good that the rather jaded movie-within-a-movie angle is kept largely in the background.