British actors, directors and films won most of the main awards. 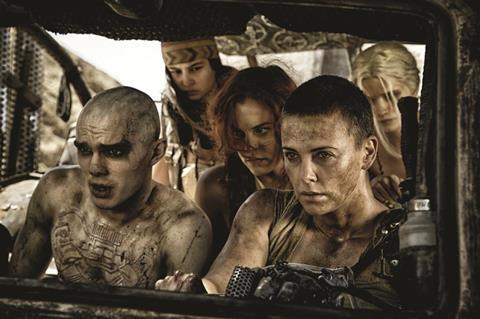 Mad Max: Fury Road took film of the year and best director for George Miller at the 36th London Critics’ Circle Film Awards ceremony at the May Fair Hotel on Sunday night.

45 Years took the Attenborough Award for best British/Irish film. Charlotte Rampling and Tom Courtenay were also honoured as actress and actor of the year for their performances in Andrew Haigh’s film.

While Mad Max won in the top two categories, British actors, directors and films won nearly all of the other main awards. Alongside Rampling and Courtenay’s awards, Tom Hardy was named British/Irish actor of the year for his roles in several films, including Fury Road, The Revenant and Legend, while Saoirse Ronan took the British/Irish actress award for Brooklyn.

Kate Winslet won supporting actress for Steve Jobs, Mark Rylance supporting actor for Bridge Of Spies and John Maclean won the Philip French award for breakthrough British/Irish film-maker, which has been named this year in honor of the late film critic for The Observer newspaper.

Kenneth Branagh was also on hand to collect the Dilys Powell award for excellence in film, which was presented to him by Judi Dench.

“Not all that I have produced has been welcomed it is safe to say but I have been so grateful for the attention and the consideration and the respect that has allowed it to continue and, I hope, to develop and grow,” said Branagh. “This very generous recognition is deeply appreciated.”

During her acceptance speech for supporting actress, an emotional Winslet called upon the room to stand and applaud in honour of Alan Rickman, who directed the actress in A Little Chaos, released last year, having previously acted together in 1995’s Sense and Sensibility.

“If you’ll forgive me, it’s been a terrible week because Alan died and I would love it if you could all stand up now and clap,” she said.

British/Irish Film Of The Year

Foreign-Language Film Of The Year

The Look of Silence

British/Irish Actor Of The Year

British/Irish Actress Of The Year