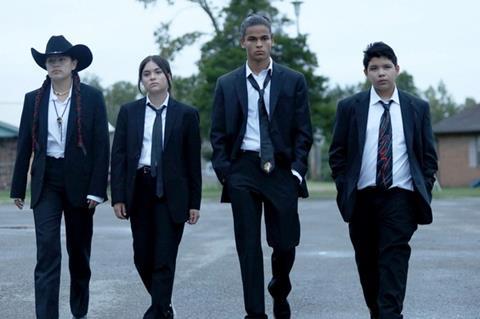 The Banff World Media Festival (BANFF) will host its first International Indigenous Screen Industry Summit next month featuring panels on the future of broadcasting and global opportunities for content creators.

Hosted on the festival’s virtual platform, the Summit takes place on Canada’s National Indigenous Peoples Day celebrating the heritage, cultures and achievements of the First Nations, Inuit, and Métis peoples.

The day-long programme was created under the guidance of a dedicated advisory board and includes a masterclass conversation with the stars and creative team on FX’s Reservation Dogs (pictured), the half-hour comedy show created by executive producers Sterlin Harjo and Taika Waititi.

The story follows a group of Indigenous teenagers in rural Oklahoma who steal, rob and save in order to get to California. Reservation Dogs has the first all-Indigenous creative team represented by every writer, director, and series regular.

The programme includes one-on-one three-minute speed networking for creators, broadcasters, streamers and industry organisations, and a private session where creators can meet commissioners.