Six newly-restored films from Germany, Japan, Taiwan and the US. 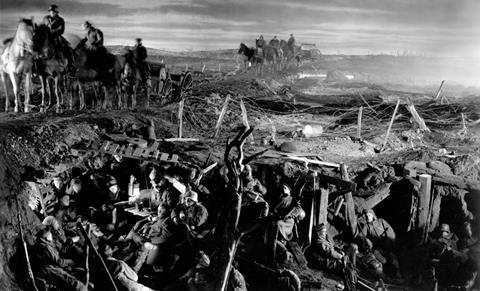 The Berlinale Classics strand at the 66th Berlin International Film Festival (Feb 11-21) is to include premieres of six films: two German and four international productions, five of them world premieres.

US film The Road Back directed by James Whale in 1937, references a slice of German history. It is based on the eponymous Erich Maria Remarque novel about four German infantrymen who face a difficult road back to civilian life.

In 1939, after protests from Germany, Universal Studios re-edited the film without consulting the director. The festival is showing a reconstruction of Whale’s original 1937 theatrical release version, preserved by the Library of Congress in collaboration with NBCUniversal and Martin Scorsese’s The Film Foundation. David Stenn and the UCLA Film & Television Archive provided skills and film footage.

Heiner Carow’s semi-autobiographical film The Russians are Coming (Die Russen kommen, GDR, 1968) is set in the waning days of the Second World War. For 16-year-old Günter Walcher, the defeat of the Nazis is a catastrophe that brings his world to collapse. But a film about fascism without anti-fascist heroes was a no-go for the East German regime, and the film was banned before completion.

In 1987, it was reconstructed based on a severely damaged work print, as only small sections of the negative had survived. Digital technology has now enabled the DEFA Foundation, in cooperation with the German Federal Film Archive, to produce a new restoration by combining footage from disparate source elements that varied in optical quality.

“It’s particularly fascinating that two of the Berlinale Classics movies are closely linked to censorship in Germany’s past”, said Rainer Rother, section head for the Retrospective and artistic director of the Stiftung Deutsche Kinemathek foundation.

“Heiner Carow’s The Russians are Coming is among the films that were banned or censored in East Germany for political reasons. We are showing several of those films in this year’s Retrospective ‘Germany 1966. Redefining Cinema’. Another illuminating example of the interference to which those films were subjected is The Road Back. It is proof that the political influence of the Nazi authorities was not restricted to Germany.“

The 1951 film, about a young woman named Noriko whose family is trying to marry her off, is one of Ozu’s later works. Noriko is played by Ozu’s favourite actress, Setsuko Hara, who died in September 2015 at the age of 95.

The 4K digital restoration project by the well-known Japanese production company Shochiku was led by Ozu’s former assistant cameraman Takashi Kawamata and cinematographer Masashi Chikamori, known for his work as a DP on Yoji Yamada films.

Also from Asia is the Taiwanese film Daughter of the Nile (Ni Luo He Nu Er) by Huo Hsiao-hsien, made in 1987. It is the director’s first film focusing on a female protagonist, and also notable for its depiction of Taipei in the 1980s.

The digital restoration was based on the original 35 mm negative and was done under the aegis of the Taiwan Film Institute with Chen Huai-en, the film’s cinematographer, overseeing the 4K-restoration.

Another digitally restored film from the US in the Berlinale Classics section is John Huston classic Fat City, made in 1972 with virtuoso cinematography by DP Conrad Hall. It features Jeff Bridges in one of his first screen roles, as the talented boxer Ernie.

The film was restored from an original 35 mm negative and digitised in 4K by Sony Pictures, under the supervision of Grover Crisp.

Broadcasters ZDF / ARTE commissioned new music for the film from composer Cornelius Schwehr, which will be played by the Radio Symphony Orchestra Berlin (RSB), with conductor Frank Strobel at the podium.

Ni Luo He Nu Er (Daughter of the Nile)
By Hou Hsiao-hsien, Taiwan, 1987
World premiere of the digitally restored version in 4K DCP

The Road Back
By James Whale, USA, 1937
World premiere of the restored version in 35mm