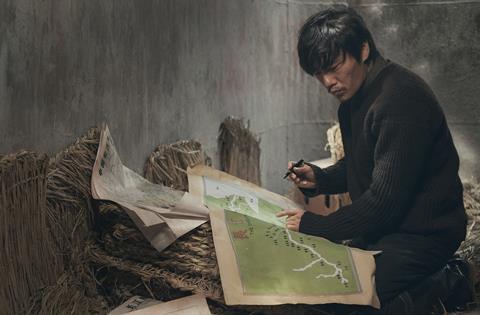 While Sundance grabs some splashy headlines in early January (this year was particularly bumper, with Fox Searchlight’s $17.5m purchase of The Birth Of A Nation), Berlin has a habit of setting the tone for the rest of the film year.

In 2015, Jafar Panahi’s Taxi took the Golden Bear, while Pablo Larrain’s The Club and 45 Years’ duo Charlotte Rampling and Tom Courtenay took Silver Bears. The year before, it was The Grand Budapest Hotel and Richard Linklater’s Boyhood taking top prizes, and in 2011 Asghar Farhadi’s A Separation began its journey to high-profile international acclaim and eventual Oscar glory as the Golden Bear victor.

The 2016 Competition line-up  looks set to offer Meryl Streep plenty to sink her viewing teeth into, alongside fellow jurors including Alba Rohrwacher and Clive Owen.

After a detour into UK literary adaptation with Far From The Madding Crowd, Thomas Vinterberg will present his most autobiographical film yet, The Commune, in the Palast. Mia Hansen-Love follows up her techno-scene inspired Eden with Things To Come, featuring the always mesmerising Isabelle Huppert.

One of the most beguiling questions — apart from what will snag the Golden Bear — is whether Streep has ever managed an eight-hour-plus viewing experience before, as will be required when she sits down for Filipino film-maker Lav Diaz’s 485-minute Competition entry A Lullaby To The Sorrowful Mystery. If Diaz’s epic exploration of his country’s colonial past takes Berlin’s top prize, maybe we’ll find out the answer.