Gianfranco Rosi’s migrant documentary Fire At Sea (Fuocoammare) took home the Golden Bear for Best Film at the Berlin Film Festival, which handed out its competition awards on Saturday night. 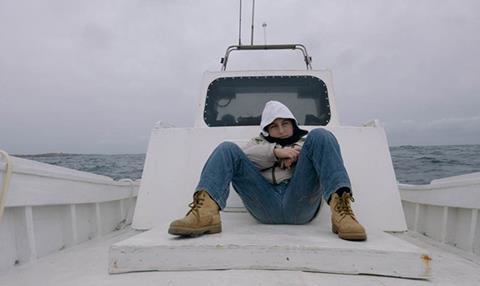 Italian-American Rosi - who won the Golden Lion in Venice for his documentary Sacro GRA in 2013 - spent months on the island of Lampedusa capturing the everyday lives of its 6,000-strong population.

Situated closer to Africa than Europe, the Italian island of Lampedusa is one of the first points of call for hundreds of thousands of African and Middle Eastern refugees and migrants hoping to make a new life in Europe.

The film was a critics favourite during the Berlinale, leading the Screen Jury Grid into the final weekend of the festival, however during an interview with Screen director Rosi admitted a fear that his film might divide viewers.

Fire At Sea proved a hot seller for Doc & Film International, with deals closing for UK, France and Germany among key territories.

The jury spread out its prizes on the night with eight films of the 18 Competition titles winning prizes.

The Silver Bear for Best Director went to Mia Hansen-Løve for drama Things To Come, in which Berlinale regular Isabelle Huppert stars as a philosophy teacher forced out of a rut when her husband leaves her at the same time her demanding mother dies.

The Silver Bear for Best Actor went to Majd Mastoura for his performance in Hedi, whose director Mohamed Ben Attia’s also scooped the award for Best First Feature Award for the Tunisian-Belgian-French co-production.

Romantic drama Hedi, the only film to win two prizes from the main jury, follows an unremarkable young man who allows his life to be ruled by his domineering mother.

The Silver Bear for Best Actress went to Trine Dyrholm for her performance in Thomas Vinterberg’s The Commune.

The Silver Bear for Outstanding Artistic Contribution went to DoP Mark Lee Ping-Bing for his work on Chinese drama Crosscurrent.

The Silver Bear for Alfred Bauer Prize went to Lav Diaz’s epic A Lullaby To The Sorrowful Mystery, which is more than eight-and-a-half hours in length.

The festival jury was presided over by US actress Meryl Streep with other jurors including actors Clive Owen, Alba Rohrwacher and Lars Eidinger alongside critic Nick James, French photographer Brigitte Lacombe and the Polish film director Malgorzata Szumowska.

Earlier in the day, audience award winners were announced in the Panorama strand and the Generation KPlus strand.

Among the independent juries, director Alvaro Brechner won the ARTE International Prize worth €6,000 for Berlinale Co-Production Market project Memories From The Cell, produced by the company Tornasol Films from Spain, while the the Eurimages Co-Production Development Award went to Cinéma Defacto (France) and Proton Cinema (Hungary) for Blind Willow, Sleeping Woman.