Magnus, The Model, Pyromaniac [pictured] and Devil’s Bride have all sold to multiple territories. 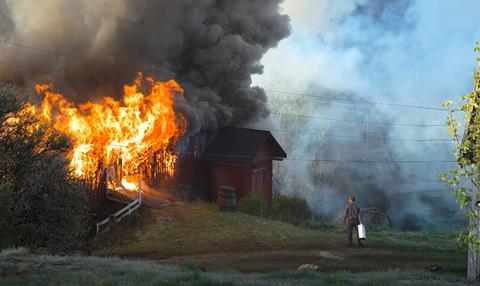 Scandinavian sales powerhouse TrustNordisk has closed deals on four titles at the EFM.

The film is produced by Sigurd M. Karoliussen for Moskus Film in co-production with VGTV, Nordisk Film Production and Main Island Production.

Starring Ed Skrein (Deadpool) and debutant Maria Palm, the drama tells the story of an emerging model who develops a dangerous obsession with a male fashion photographer.

Based on Gaute Heivoll’s novel Before I Burn, the film is set in a peaceful village where a pyromaniac begins to run wild, setting multiple fires.