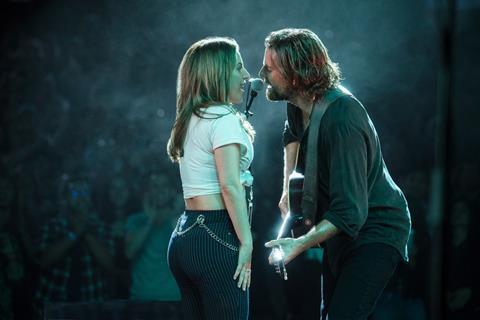 OCTOBER 22 UPDATE: Venom stayed atop international box office thanks to a confirmed $32.6m weekend haul from 65 markets that boosted the running total to $291.2m, and worldwide to $462.3m. Meanwhile Warner Bros’ A Star Is Born crossed $200m worldwide, and Universal/Blumhouse’s Halloween arrived in its first 23 territories on $14.3m and managed $90.6m worldwide including the number one North American launch.

Goosebumps 2: Haunted Halloween brought in $6.1m from 24 markets to reach an early $11m. The family sequel generated $2.8m in the UK in what appeared to be a number three finish for the weekend. It arrives this week in Australia, France, Germany, and Spain.

UPDATED: Warner Bros’ A Star Is Born crossed $200m worldwide as a further $23.5m from 75 markets propelled the international tally to $75.6m and worldwide to $201.8m. Bradley Cooper and Lady Gaga led the way in Australia on a $4.8m number one debut that produced the studio’s top launch of the year-to-date. Hong Kong delivered $636,000 to rank as the top foreign film.

UPDATED: Halloween took $14.3m from its initial wave of 23 territories led by a number one $5.1m debut in Mexico and $3.5m in the UK for second place. Combined with the mighty $77.5m North American debut the global opening weekend produced $90.6m.

Johnny English Strikes Again used a $10.1m session in 57 active markets to reach $96.4m as the comedy arrived at number one in four markets including Germany at number one on $2.2m. A further $2.2m in the UK, ranking fourth, boosted the running total to $14.4m after four.

Night School stands at $17.6m, and Amblin Partners’ The House With A Clock In Its Walls added $1.3m from 21 Universal territories for $20.1m. BlacKkKlansman has reached $37.6m.

UPDATED: The Spy Who Dumped Me debuted in China in second place on $5.9m as the international running total climbed to $38.5m. In one weekend China established itself as the action comedy’s top market, with the UK and Australia behind on $3m and $2.6m.