EXCLUSIVE: While not quite scaling the heights of the record 2015 cycle, admissions in the fourth largest Latin American film market reached 50.5m last year. 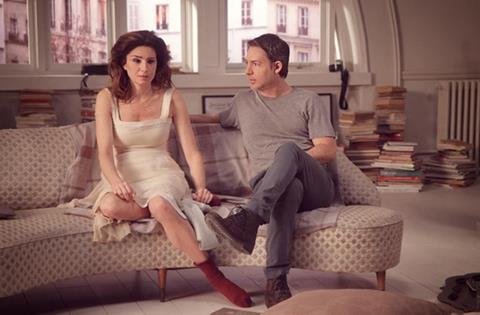 In local terms the story was very bright. “This was a first semester [half] of 2016 to remember, undoubtedly, because the star was Argentinian cinema,” said Argentinian box office analyst Gabriel Giandinoto, who added a record 4,216,000 tickets were sold representing 16.09% market share.

Box office for all films released in 2016 climbed to $246m. While this number is ostensibly the highest ever reported, inflation of roughly 40% in Argentina last year takes it below the 2015 level of $234m in real terms.

Disney was the top distributor and released five of the top ten films of the year, including the number one release Finding Dory, which generated a fraction over 3m admissions.

Disney released the top Argentinian film of 2016, Patagonik’s I Married A Dumbass (Me Casé Con Un Boludo), which ranked fourth overall on 2.02m admissions and scored the eighth highest all-time admissions level for an Argentinian film.

Fox’s Ice Age 5 was the second biggest release of the year on 2.61m admissions and Universal’s The Secret Life Of Pets ranked third on 2.44m admissions.

Disney dominated local distribution in a record year for the studio with all of the top five and eight of the top ten local releases.

Gilda and The Red Thread were directed by women –Lorena Munoz and Daniela Goggi, respectively.

There were 170 Argentinian films released in 2016 – an average of three new releases a week – marking a fractional drop against 2015 that generated 7.28m admissions and represented 14.5% market share of all films released.

Argentinian films grossed $3.95m in 2016 and produced 7.275m admissions. Both numbers were a little bit down against 2015. Hollywood films generated 43.2m admissions and roughly 80% of total admissions in the country.

There was growth in the exhibition sector as 16 multiplexes launched, most of them outside Buenos Aires. Argentinian technology company LUMMA equipped two theatres screens with its 4D suite.

There are currently 905 screens and 286 multiplexes across the country, of which 36 theatres and 339 screens are owned by international exhibitors.

Cinemark is the leading exhibitor in Argentina with 35% market share of ticket sales. The company operates 21 complexes and 184 screens including those by subsidiary Hoyts.

Argentinian National Film Board INCAA enjoys a strong presence in the promotion of local cinema and supports Argentinian cinema through Espacios INCAA, whereby more than 60 screens across the country carry local titles at $A 10.5 (roughly USD 0.5) a ticket.