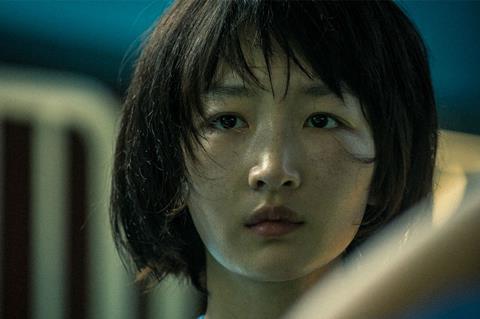 OCTOBER 28 UPDATE: China’s Better Days – the romance pulled from the Berlinale line-up earlier this year over censorship issues – ruled global and international box office on an $85.3m launch through We Distribution, while Maleficent: Mistress Of Evil neared the $300m mark.

Joker is about to cross $850m, and Terminator: Dark Fate opened in its first handful of international markets.

Better Days arrived in China on $85.3m through We. Derek Tsang directed and Goodfellas Pictures and Fat Kids Production produced. The film had been selected to receive its world premiere in Berlin’s Generation 14Plus section, only to be pulled at the last minute over what is understood to have been censorship issues. The story centres on a bullied school girl and her relationship with a tough street kid, with whom she is implicated in the murder of a teenage girl.

UPDATED: Maleficent: Mistress Of Evil delivered another strong session to add $82.8m worldwide for $294.8m, earning $65.6m from 56 international markets to reach a $229.4m running total. The fantasy adventure sequel dropped approximately 43% overall internationally, and has already passed the lifetime total of the 2014 original in China, where $8.7m means it has reached $41.9m, Russia on $21.3m, India, Argentina, Indonesia on $8.3m, and Thailand on $6m.

Terminator: Dark Fate opened on $12.6m from its handful of initial markets. It earned $3.7m at number two in the UK as school holidays kick in this week, followed by $3m in France where All Saints holidays continued to November 3, and $1.1m in Malaysia, where Monday is a public holiday. Thailand on $1.5m and Singapore both delivered number one results. The sci-fi starring Mackenzie Davis, Linda Hamilton, Arnold Schwarzenegger and Edward Furlong opens in the majority of the world this week including North America.

Sci-fi thriller Gemini Man starring Will Smith and Will Smith grossed $12.7m from 60 markets. The result includes $3.3m in China through Fosun and ensured Ang Lee’s latest film crossed $100m to finish on a nevertheless disappointing $104.9m after several weeks in action. Gemini Man stands at $144.3m at the global box office.

Abominable from DreamWorks Animation and Pearl Studios grossed $9.2m from 60 territories in play as the running total climbed to $73.2m, and worldwide reached $144.9m. The family film opened in France at number three on $3.7m powered by the best October opening day for an animation. The UK delivered the top holdover result on $973,000 for a $6.7m running total after three weekends. Russia has generated $10.4m after four, and Spain $3.8m and Netherlands $1.9m – both after three sessions.

UPDATED: Zombieland: Double Tap brought in an estimated $9m from 40 markets to push the early running total to $16.8m. Russia was the key driver here on a $2.1m number two debut, while Indonesia delivered $997,491, which has already surpassed the lifetime total of the 2009 original. The Angry Birds Movie 2 crossed a key milestone as $1.8m from 36 pushed the tally to $100.9m.