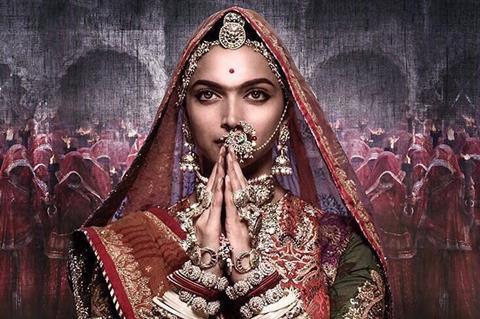 JANUARY 29 UPDATE: Padmaavat, the Bollywood film that has stirred controversy in India for its depiction of a romantic dream sequence involving a Hindu queen and an invading Muslim king, has debuted in North America in tenth place.

The film opened through Viva Pictures Distribution on an estimated $4.4m in 324 theatres and has sparked violent protests in India, and calls from a member of India’s pro-Hindu ruling Bharatiya Janata Party for the beheading of actress Deepika Padukone.

Jumanji: Welcome To The Jungle ranks second in its sixth session and added $16.1m for $337.8m. Fox Searchlight’s The Shape Of Water capitalised on its 13 Oscar nominations and climbed eight slots to eight in the ninth session, expanding from 853 sites to 1,854 and generating a further $5.9m for a promising $37.9m.