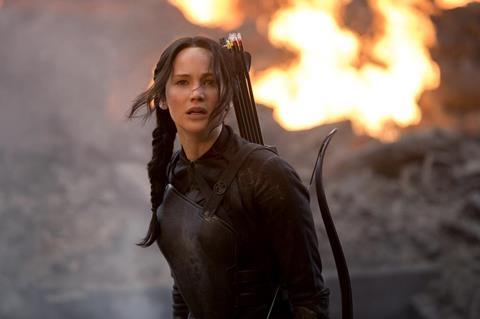 Early numbers would suggest the YA adaptation is on fire as it rolls out on 17,000 screens across 85 markets this weekend in the biggest day-and-date launch of 2014 and the widest ever for Lionsgate’s formidable international distribution platform.

The Hunger Games: Mockingjay – Part 1 opened in nine markets on Wednesday (November 19), 59 on Thursday and a further 17 on Friday.

The UK opened on Thursday on $3.6m and climbed to $8.2m to lead Catching Fire by 6% by the same stage of that’s film’s launch one year ago.

Latin American markets have grossed 65% of Catching Fire’s opening weekend after two days, with Mexico on $5.3m and Brazil on $5.1m.

Mockingjay - Part 1 stands at $4.6m after two days in Australia where it scored the biggest debut of the year-to-date.

France has generated $4.5m after three days, while Spain’s $1.8m recorded the top Friday debut so far this year.

Italy has produced $1.9m after two days and South Korea $1.3m after two for a 26% gain on Catching Fire by the same stage.

Catching Fire set off on its global journey almost exactly one year ago, scoring $146m from 63 territories including the UK, Germany, Brazil, Australia and South Korea.

Katniss Everdeen is on course to usurp Warner Bros Pictures International’s reigning champion Interstellar, which has been no slouch on $262.5m overall after two weekends and $56m in China and arrives in Japan.

Walt Disney Studios Motion Pictures International’s Big Hero 6 stands at an early $41.8m and continues to roll out in the coming months, while The Hundred-Foot Journey has reached $17.4m.