JUNE 8 UPDATE: San Andreas stayed atop the international charts thanks to a confirmed $97.7m haul from approximately 24,015 screens in 68 markets. 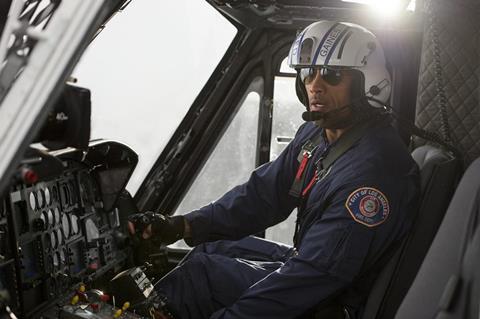 UPDATED: The disaster film’s second session propelled the running total to $188.5m and there were fireworks in China again as the territory delivered $51m from 9,295 screens over the first six days.

San Andreas opened in South Korea and audience levels did not appear to be drastically diminshed by the MERS virus as they generated $7.3m from 851 screens including previews to see the film open top.

Entourage opened in six markets this weekend, grossing $3.1m from 454 screens led by Australia on $2.6m for number one.

The star and her director Paul Feig scored record debuts in Mexico on $1.7m from 944, while $1.3m from 599 was good enough for number one in Germany.

Insidious: Chapter 3 opened in 42 Sony markets to the tune of $14.3m, scoring approximately 31% ahead of the second film in the same markets.

Russia led the way on $2.7 from 892 for number two and scored the second biggest horror debut ever in Malaysia on $1.6m from 220 for top spot.

Avengers: The Age Of Ultron has overtaken Harry Potter And The Deathly Hallows: Part 2 to become the fifth highest earner worldwide on $1.348bn.

In its seventh session the Marvel Studios release added $7m from 91 territories to reach $910.2m.

The sequel brought in $4.4m from 47 territories as the international running total climbed to $89m and combined with $161m from North America for an even $250m global haul.

A further $1.2m in the UK boosted the tally to $25.2m after four sessions, while Australia and Germany have generated $20.9m after five and $10m after four, respectively.

There are 12 territories to go including Chile on June 25.

Fast & Furious 7 has soared to $1.159bn internationally and $1.51bn worldwide to rank as the fourth biggest film of all time at the global box office.

Jurassic World opens in 66 territories this week day-and-date with North America, starting in China, France and Belgium among others on June 10.

The Hunger Games: Mockingjay — Part 1 opened in its final market of Japan at the weekend, grossing $504,000 from 165 screens.