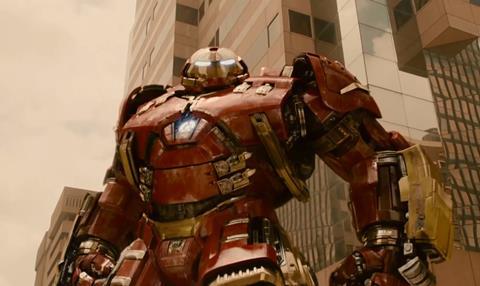 UPDATE: Disney unleashed Avengers: Age Of Ultron in its first international foray and while this was not a blanket release – 44 territories represents 55% of the marketplace and the film debuts in North America this week – it demolished the competition.

Universal’s Fast behemoth is the fifth biggest global release of all time. The Avengers ranks number three in the pantheon and there is the sense Marvel’s sequel will usurp its predecessor.

Avengers: Age Of Ultron tore out of the gate and opened number one in every territory and tracks roughly 44% ahead of the 2012 original compared to the same bucket of territories when adjusted for inflation.

In the UK $27.2m delivered the biggest opening of a superhero film, biggest April debut, biggest launch in 2015 so far and biggest Imax opening ($2.1m from 32 screens).

Russia’s $16.7m was being touted as possibly the biggest opening weekend in history although final figures will confirm whether it beat the previous arrival of Fast & Furious 7.

Ultron rewrote the record books for the release of a superhero adaptation in Scandinavia. The tentpole opens this week in Mexico and Spain and a further 20 territories. China is set for May 12 and Japan July 4.

Imax registered a record for the largest non-China international opening of all-time on $10.4m from 175 screens with a $60,000 per-screen average. Interstellar set the previous mark on $7.19m.

UPDATE: As reported above, Fast & Furious 7 used a $70m fourth session from 67 territories to reach $1.001bn and in so doing become Universal’s first and the industry’s third film to cross the milestone at the international box office behind Avatar on $2.027bn and Titanic on $1.528bn.

The action hit became the biggest release ever in China as roughly $35m for the weekend elevated the tally to $325.8m after 15 days, overtaking the previous $319m mark set by Transformers 4.

It is already Universal’s highest grossing film of all time in 37 territories, among them China, Australia, Russia, Brazil, Mexico and Argentina.

The SpongeBob Movie: Sponge Out Of Water stands at $148.4m and heads to India on May 8 and Japan on May 16.