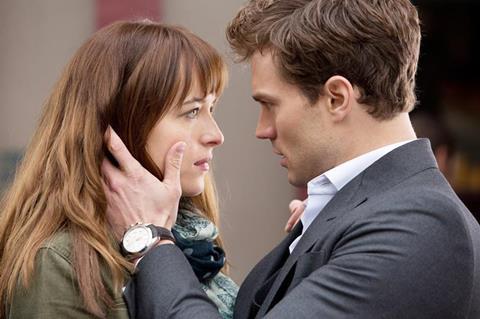 The film was estimated to have debuted top in 54 of its 57 markets, led by Germany on $10.4m, and the UK on $8.2m, powered by the third highest opening day of all time for an 18-certified release behind the two franchise predecessors.

Amblin Partners and Fox’s Pentagon Papers drama The Post added $6.2m through Amblin’s network and Universal territories to reach $50.2m. The film stands at $5.1m in Italy via Leone Film Group after five weekends, and the same amount in Australia via eOne after five.

Gerard Butler action thriller Den Of Thieves grossed $4.3m for $16.1m and opened in four territories, led by a $1m debut in Russia. The film added $827,000 in its second session in the UK for $3.1m. In other second weekends, Den climbed to $1.8m in Australia, $1.7m in German-speaking Europe, and $1.4m in the Middle East. All The Money In The World stands at $21.1m including the UK, where Sony distributes.