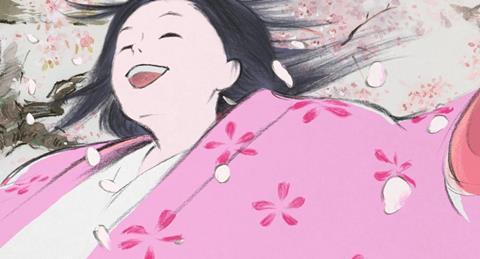 Celebrating its 30th anniversary this year, Studio Ghibli was founded by My Neighbor Totoro director Miyazaki and Takahata Isao, who directed recent Oscar-nominated animation The Tale Of Princess Kaguya.

BIFF organizers said: “Studio Ghibli has produced numerous masterpieces with an extended production period, providing a stable production system as well as training successors for the development of animations.

“The studio has also left a significant mark through activities concerning environmental protection, peace, and the future of children.”

To mark the occasion, BIFF is screening My Neighbor Totoro in the Open Cinema section and Takahata’s Only Yesterday in the Wide Angle – Animation Showcase section.

Suzuki Toshio, chairman and producer at Studio Ghibli, will attend the Asian Filmmaker of the Year award ceremony.

BIFF will also present an Achievement Award to the Network for the Promotion of Asian Cinema (NETPAC), which is celebrating its 25th anniversary.

An international organization representing 29 countries with more than 40 film festivals and 150 members, “NETPAC’s main contribution is the institution of the NETPAC Award presented at film festivals for member states,” according to the fest, which remarked it contributed from early days to the promotion of Korean films worldwide.

At Busan, the NETPAC Award is given to the best Korean film at the festival and previous winners include Yim Soon-rye’s Three Friends, Hong Sangsoo’s The Power Of Kangwon Province, Zhang Lu’s Dooman River and Yeon Sang-ho’s King of Pigs.

NETPAC founder and president Aruna Vasudev will attend the ceremony to receive the award in Busan during the fest which will run Oct 1-10.