Italian-American actress and director to head Un Certain Regard jury. 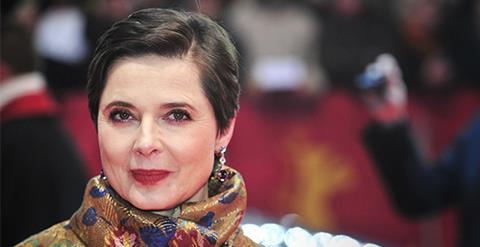 Isabella Rossellini is to preside over the Un Certain Regard Jury at the 68th Cannes Film Festival (May 13-24).

The Italian-American actress and director will head a jury that will judge 20 films, set to be announced when the full line-up is unveiled on April 16.

At this year’s Cannes, Rossellini will take part in a tribute to her actress mother by attending the screening of Ingrid Bergman, in Her Own Words‏, a documentary by Stig Björkman being shown as part of the Cannes Classics. (This year’s Cannes poster features Bergman)

She will also launch her own ‘Ingrid Bergman Tribute’ to celebrate the centenary of her mother’s birth. The show, directed by Guido Torlonia and Ludovica Damiani, will be based on both her autobiography and her correspondence with Roberto Rossellini.

With the help of a soon-to-be-announced jury made up of artists, journalists and festival directors, Rossellini will award the Un Certain Regard Prize and meet the winners on May 23, on the eve of the closing ceremony.

The 2014 Un Certain Regard was awarded by jury president Pablo Trapero to Kornél Mundruczó’s White God .

The daughter of Italian director Roberto Rossellini and Swedish actress Ingrid Bergman, to whom this year’s festival is to pay tribute, Isabella began her cinematic career alongside her father as a dresser, before acting for the Taviani Brothers – family friends who gave her a role in The Meadow (1979).

Her career quickly took an international turn, with White Nights by Taylor Hackford (1985), Tough Guys Don’t Dance by Norman Mailer (1987), Les Yeux noirs (1987) by Nikita Mikhalkov, Blue Velvet (1986) and then Wild at Heart (1990) by David Lynch, for whom she played a number of mysterious and tortured female roles.

She went on to star in a wider variety of roles for both television and film in Italy and the US but returned to arthouse cinema with Abel Ferrara’s The Funeral (1996), and Two Lovers by James Gray (2008). In 2010 she appeared in The Solitude of Prime Numbers by Saverio Costanzo.