Screen’s Cannes Jury has given its lowest score in more than a decade to Gus Van Sant’s Competition entrant. 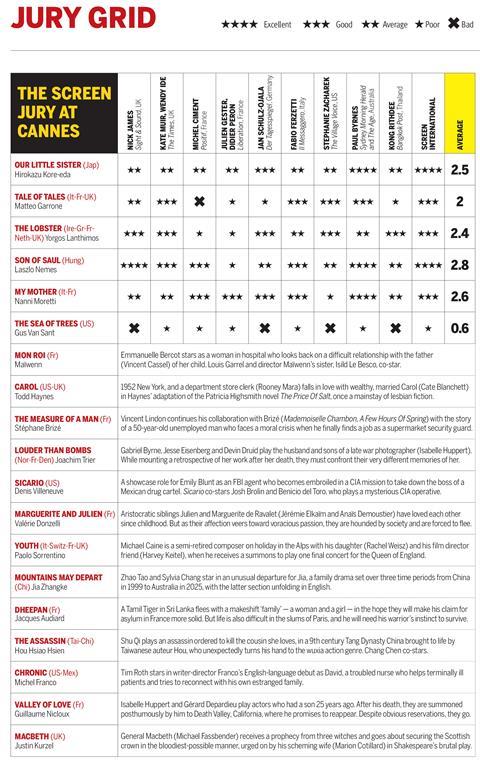 The Sea of Trees stars Matthew McConaughey as a suicidal professor who goes to Japan’s Aokigahara forest, in the foothills of Mount Fuji, where he encounters suicidal salaryman Ken Watanabe. Flashbacks details a troubled marriage with boozy Naomi Watts.

Son of Saul still leads the league, with 2.8.