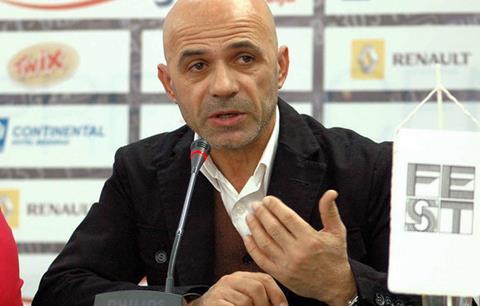 A UK-Albania co-production is underway in which an Elvis impersonator finds himself in the middle of a war zone.

The UK’s Film and Music Entertainment (F&ME) has joined forces with Albania’s Kkoci Productions and Zagreb’s Propeler Films on Elvis Walks Home, based on an original screenplay by Welsh author Jonathan Preece and directed by Fatmir Koci.

The shoot begins on August 15 in Albania and Bosnia. US actor Nick Shreli plays the lead role of Mickey, who gets a job entertaining British troops during the 1999 Balkans wars but finds himself in the middle of the battlefield – dressed as Elvis.

Elvis Walks Home marks the second collaboration of Preece, Koci and Mike Downey of F&ME following Amsterdam Express, which was the first ever UK-Albania co-production.

F&ME has brought 12 active productions to Cannes this year and recently closed a sales deal with WIDE Management for DeDe, the debut feature of Mariam Khatchvani.