EXCLUSIVE: Olivier Assayas drama is in Competition at Cannes 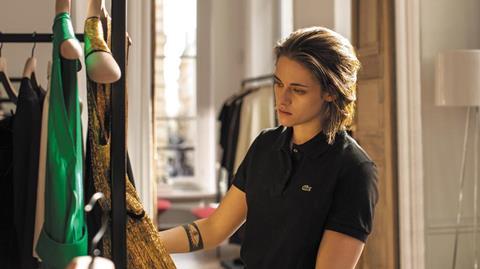 MK2 Films has sold Metrodome the UK rights to Olivier Assayas’s Kristen Stewart-starrer Personal Shopper - one of the most eagerly-awaited films in Competition at this year’s Cannes Film Festival.

Other fresh deals on the title include an exclusive VOD deal to China’s streaming giant iQIYI. The platform, which boasts 10 million subscribers, has previously struck deals with the likes of Lionsgate and 20th Century Fox. Strada has also recently acquired the film for Greece.

It is the second time Stewart has worked with Assayas after Clouds Of Sils Maria, for which she became the first US actress to win a prestigious French César for her performance as a personal assistant to a famous actress, played by Juliette Binoche.

Their second collaboration continues the assistant theme with Stewart playing a young American woman making her living as the personal shopper in Paris who suspects she may possess psychic powers.

Les Films du Losange is due to release the film in France this October.