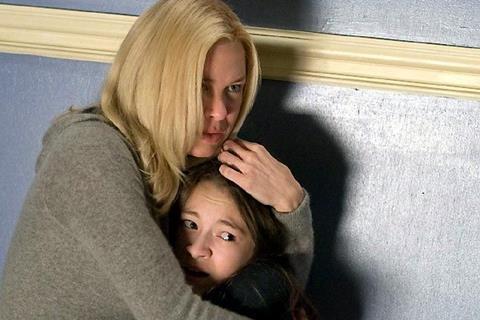 Stylishly made but sadly also very much by-the-numbers, the Renee Zellweger horror vehicle Case 39 offers up a few jumpy moments (plus Bradley Cooper with a well-trimmed beard) but its familiar tale of an evil moppet from hell is eventually rather forgettable.

Renee Zellweger does a nice job of taking it all appropriately seriously, looking increasingly tormented (and her hair getting lanker and lanker) as the film draws on.

Released in a slew of countries last year – and out on DVD in the UK and many others soon – the film is finally due a much-delayed theatrical release in the US on October 1 via Paramount Vantage.

Zellweger stars as a chipper-but-concerned social worker Emily Jenkins who takes on the case of sad-eyed and dark-haired young Lillith (Jodelle Ferland), whose grim-faced parents have talked about sending her “to Hell”, and calls her up telling her that parents are coming to get her. She rushes round to the family’s house only to find them popping her into the oven with the settings put on roast.

Anyone else would know that dark-haired and slightly creepy girls called Lillith tend to be spawn of the devil, but well-meaning Emily soon decides to temporarily adopt the girl until proper foster parents can be found. Big mistake… before you know it death and mayhem start to shadow Emily’s other cases as it turns out little Lillith can make people experience their own terrible fears.

Renee Zellweger does a nice job of taking it all appropriately seriously, looking increasingly tormented (and her hair getting lanker and lanker) as the film draws on. Young Jodelle Ferland has the right sense of brooding darkness, though Bradley Cooper is rather underused, though he does have a nasty – and memorable – encounter with a whole lot of hornets. Also on hand is Ian McShane as a tough detective, though he sadly gets some of the more clichéd lines to deliver.

Director Christian Alvart – who also made sci-fi horror film Pandorum in 2009 – handles the horror moments pretty well, though he can never quite sustain the sense of terror that the story needs. In truth the film comes late in the day after a series of other teenagers from hell movies – such as Orphan and The Unborn – and seems more likely destined for a good life on DVD rather than as a theatrical outing.