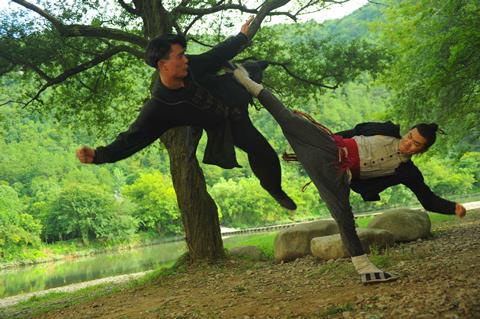 Based on a novel by Xu Haofeng, the film was produced by New Classics Media Corp, Beijing 21st Century Shengkai Film and Columbia Pictures.

Justin Lin-produced Hollywood Adventures moved up a notch in its first full week (June 29 - July 5) grossing $19.85m for second place in the chart.

Jurassic World slid to third position, with a further haul of $19.6m, pushing its cumulative gross to $226.13m after 26 days.

Derek Yee-produced I Am Somebody opened in fifth position, taking $6.68m in its first four days.

It was followed by another local opener, Chang Chen Ghost Stories, which took $2.01m in four days.

It was followed by local opener Monkey King: Hero Is Back, which took $1.57m on advance ticket sales.

Imports are being held back this month while a flood of Chinese films are released.

This weekend sees the release of the fourth instalment in the Tiny Times franchise, while Raman Hui’s Monster Hunt opens on July 16.