Comment: Academy got it right with 'Moonlight' best picture win

A24 ran a canny campaign for Barry Jenkins’ drama. 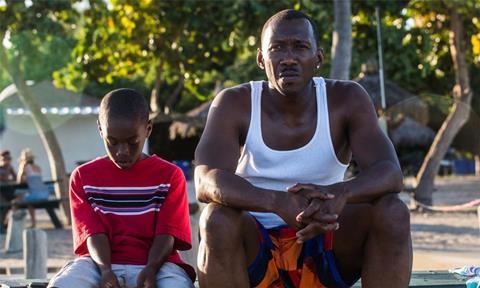 Ignoring if it is possible for a moment the tumultuous manner in which Moonlight was declared best picture winner at the 2017 Oscars, the film’s victory reflects the Academy’s steadfast desire to recognise quality.

It would be tempting to attribute the win to a deep-rooted will to banish any perception of institutional racism, however while that is true it would only tell part of the story.

Academy members have not enjoyed the opprobrium that has come their way over the last 13 months since the #Oscarssowhite scandal blew up.

Yet they have honoured people of colour before and voters who have spoken to Screen over the past year said they were determined not to do so under duress or out of duty to any sense of positive discrimination.

So the merit of Moonlight was something voters were keen to reward, even if La La Land was by far the noisiest contender in the latter stages of the season.

Both films won staunch fans early on and benefited from strong campaigns that kept them in the conversation for six months.

La La Land rode a wave of adulation into Toronto after its Venice Film Festival premiere and was already being positioned by Lionsgate and its campaign cohorts as the early heavyweight. It was the hottest ticket in Toronto.

Moonlight was a more subtle affair. It premiered in Telluride, the elite event that writer-director Barry Jenkins has attended for several years as a cinephile and friend of the festival, and also arrived in Canada with high hopes.

The leadership at A24, which made its first financing commitment on the $1.5m Moonlight, will be thrilled that they were able to guide the film so expertly through the season and build momentum despite the growing power of La La Land.

Over the season there really was no other film that threatened either one across the spread of major categories.

Barry Jenkins and his collaborators stole the show at the Spirit Awards on Saturday with six awards and came good in the biggest show of the awards season. That is not to knock the achievement of La La Land, which converted six of its joint record 14 nominations.

Two of its prizes were senior awards. Damien Chazelle — at 32 the youngest person to win the directing award — staked his claim as one of the most dazzling talents in Hollywood, while best actress Emma Stone’s win will not have surprised many people.

She was simply the season’s darling and it is a testament to her performance that she was able to hold off the challenge of so many talented woman in what became a ferociously, gloriously competitive field.

In the other major acting category, Casey Affleck was the clear frontrunner for Manchester By The Sea ever since audiences and critics first clapped eyes on the drama in Sundance 2016.

There was the sense too that despite some variations at other awards shows, Moonlight’s Mahershala Ali would prevail on the night in the supporting actor contest and he did. Similarly, supporting actress winner Viola Davis was by the end of the season an irresistible force for Fences.